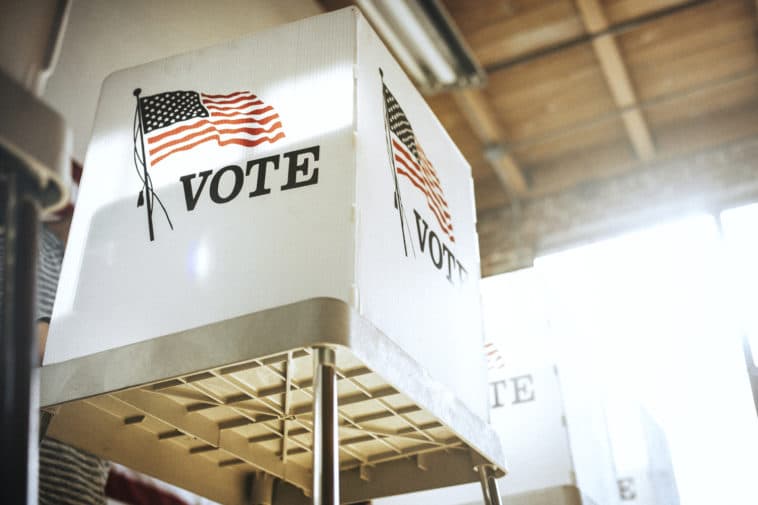 MANHATTAN – Democratic candidates for Congress and for State Assembly faced off against the respective incumbent in a forum hosted by UES Progressives Monday night, though when the endorsements were announced days later, neither longtime Congresswoman Carolyn Maloney, nor longtime Assembly Member Rebecca Seawright got the nod from the group committed to progressive values.

The race for the seat belonging to New York’s 12th Congressional District— which represents the Upper East Side— pits incumbent Rep. Maloney against and activist Rana Abdelhamid, and Suraj Patel, an attorney who has run against Maloney twice before.

“The next decade is going to require a new generation of democrats who are pro-science, who are pro-growth, who are pro-democracy, full stop—” said Patel, who lost to Rep. Maloney in the 2018 and 2020 Democratic primaries.

“We built a diverse, middle class coalition and I think that’s what we should be representing here as progressives,” he added.

When given the opportunity to ask one of her two opponents a question, Abdelhamid, a 28-year-old community organizer and non-profit founder, opted to question Congresswoman Maloney about wearing a burqa and veil on the floor of the House of Representatives in 2001,— while speaking in support of the war in Afghanistan— because the visuals had impacted the Democratic Socialist as a child.

“When I was a child constituent of yours, I actually saw you mockingly wear a burqa on the floor of the House to praise President Bush for war and the invasion of Afghanistan,” said Abdelhamid, who herself is a Muslim woman.

“This type of Islamophobia caused irreparable harm to my community and the war you supported cost the lives of countless of women and girls in Afghanistan. So my question for you is are you sorry?”

The 76-year-old congresswoman quickly pivoted from the question to speak about how she’s worked to help improve women’s rights globally during her time in the House of Representatives.

“I’m proud of my work and my active advocacy for women. I believe very strongly that there is no democracy if a woman cannot make a choice about her own body, and that includes what she wears,” said Congresswoman Maloney.

“If somebody wants to wear the burqa, fine, wear it— but many women from Afghanistan told me they didn’t wanna wear it, it was like being in a prison,” Maloney added.

“I was making a statement on how women were treated in Afghanistan.”

When Abdelhamid raised the same greivance in a series of tweets last summer, Maloney told NY1 that some “you have to be dramatic” to make a point.

Ultimately, Rana Abdelhamid would receive the groups endorsement— she has raised close to $800,000 in contributions, according to Federal Election Commission records, and is supported by Justice Democrats, the same group that backed Representatives  Alexandria Ocasio-Cortez and Jamaal Bowman, who unseated incumbents as candidates in the 2018 and 2020 elections.

Democratic candidates Alex Bores, May Malik, Kellie Leeson and Adam Roberts all joined Monday’s forum to lay out their progressive credentials, though noticeably absent was candidate Russell Squire, whom UES Progressives said was invited to the forum but declined to attend.

Questions for the candidates touched on the health care, housing, bail reform and public safety.

“I would fight to maintain the gains we’ve made in terms of bail reform”said activist and educator Kellie Leeson, “people have public safety concerns and right now we’re seeing all sorts of things being conflated together.”

“Most [people] are just expressing “I don’t feel safe, what are you going to do to make sure that I am safe?” said Alex Bores, an engineer with a background in computer science.

“There’s a progressive vision for how we provide safety in the city and we need to be speaking up for it as legislators,” Bores added.

“We need to think about where are we putting people after jail,” said Adam Roberts,

“So we need to be building supportive housing, which is housing that also includes counseling services in their home and that’s the most effective way to treat people with severe mental illness,” said Roberts.

“We need to be focusing on support measures that are aimed at achieving pubic safety through investments in evidence-based strategies that reduce crime and recidivism and strengthen our social safety net,” said May Malik, a former Deputy Commissioner of the Mayor’s Office of Immigrant Affairs.

When all was said and done, Alex Bores came out with the win.

“We are proud to endorse Alex Bores, a lifelong Upper East Sider with a deep commitment to his community,”  said UES Progressives president Brian Mangan.

Bores also picked up endorsements from NABET-CWA Local 16, the union that represents workers at WABC-TV and WABC-AM, as well as 314 Action, a political action committee that supports scientists as candidates.

“Their work in our community and thoughtful answers on major policy issues last night make clear they’re the leaders we need in the halls of Congress and Albany.”

Notably, the UES Progressives forum was handled far more tactfully without any disruptions, unlike the forum hosted just a few weeks ago by Four Freedoms Democratic Club which was allowed to go off the rails. 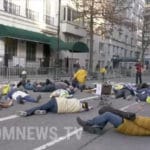 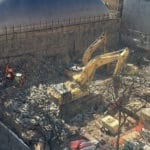