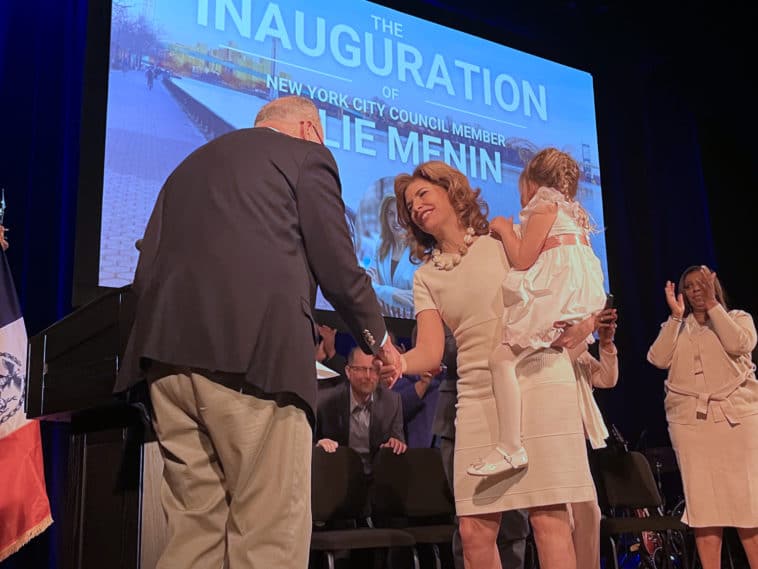 MANHATTAN – It was a packed house at the 92nd Street Y on Sunday for the inauguration of Upper East Side City Council Member Julie Menin, whose original plans in January were pushed back two months due to the spike in Covid cases at that time. Community and spiritual leaders as well as a long list of prominent elected officials joined the celebration, including the Senate Majority Leader Chuck Schumer, who administered Menin’s Oath of Office.

“You couldn’t find somebody better prepared to help this whole district, every part of it, then Julie,” said Senator Chuck Schumer.

“When I think about my career and how I got involved in public service in the first place,” said Council Member Julie Menin, “I realize my desire to serve is all about my love of community.”

Council Member Menin, who served as City’s Census Director in 2020, is also a former Commissioner of the Department of Consumer and Worker Protection and Commissioner of the Office of Media Entertainment, with over two decades of experience in the public and private sectors.

“You see that’s Julie Menin, high minded, intellectual, making sure that our democracy reflects all of us and that all of our voices are heard and that’s why I consider her a very good friend,” said New York Attorney General Letitia James.

“Everything she has touched has turned into success,” said Mayor Eric Adams.

“I’m proud to be her friend, her ally and proud to serve in government with her,” Mayor Adams added.

Last summer, Menin came out on top as the Democratic nominee after a tough primary race among a crowded field of seven candidates, all seeking to replace term-limited former Council Member Ben Kallos in representing District 5 covering the Upper East Side.

Then last November, Menin trounced her Republican opponent in the general election.

“It is now such an honor to come back to my family’s roots and represent this special community,” Menin said Sunday.

“I moved back to this district in 2014 when my mom was diagnosed with a rare, incurable cancer. Walking these same streets with her, here in the Little Hungary neighborhood she had fled to as a teenager to escape oppression, deepened my appreciation for this community,” the Council Member added.

More than five hundred members of the public turned out to attend the ceremony on Sunday, held in the 92Y’s Kaufmann Concert Hall, according to Menin’s office.

The event was originally planned for January 7th, but was postposed more than two months due to the steep increase in Covid Delta and Omicron cases in New York City at the time.

“It’s the honor of a lifetime to serve you on the City Council, and I thank you for the trust you have placed in me,” Menin said. 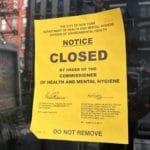