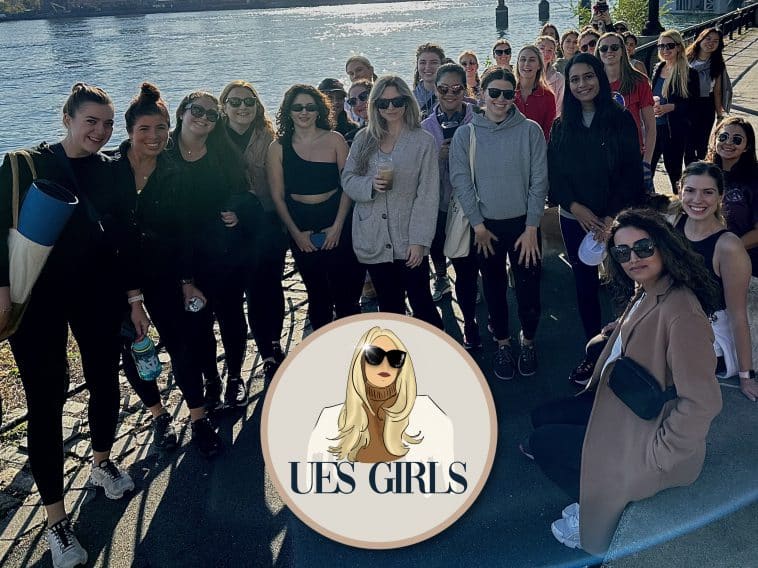 Despite living in a city of more than 8 million people, it can feel sometimes like you’re all alone. Especially as we get older, making new friends in the City can seem like a daunting task. That’s where UES Girls — the popular Instagram account and the real-life social experiences it creates for hundreds of women — comes into play.

“I started this at a key time in the world,” UES Girls founder Julie Wolvek told Upper East Site in an exclusive interview, describing how pandemic restrictions were winding down and New Yorkers everywhere were craving in-person connection.

“Everybody was in a good place, getting back on their feet; businesses were getting back up and thriving,” explained the 34-year-old Upper East Sider.

Less than a year old, UES Girls built a growing community of Upper East Siders looking for fun social outings and genuine friendship. The 750 members (and counting!) regularly meet up in smaller groups for activities such as Brunch Club, UES Girls Walk — Julie’s take on a group ‘hot girl walk’ — and an intimate Shabbat Dinner Series.

What began as a small, online “community resource” quickly blossomed into something more when Wolvek posted an invitation to a brunch event, and received more responses that she bargained for.

Though she created the account without a clear goal in mind, “I wanted to be an Upper East Side presence.” Word spread around the neighborhood, and in the account’s first three months, Brunch Club was born.

Several times a month, an UES Girls Ambassador — one of 12 members involved in organizing activities —plans a brunch event at a local venue where a small group of randomly selected members is invited.

What Wolvek calls the “small batch groups” allow for “meaningful conversation and provide the opportunity for real connection,” according to the Brunch Club website. Anyone can sign up for the Brunch Club lottery system, and once your invitation is sent, a $25 deposit is required to secure your spot.

Sweat & Brunch, another UES Girls special, is an intimate local workout followed by brunch at a nearby eatery. Locations change, but are always on the Upper East Side. Sweat & Brunch does not require membership, and each program is promoted on Instagram a couple weeks beforehand.

Special education teacher Bonnie Sloofman, 32, attended her first Sweat & Brunch this summer, after a few months of following the account. “I immediately felt welcomed into the group and comfortable being myself,” she told Upper East Site.

Sloofman has also hosted three potluck Shabbat dinners, adding that “the dinners are casual and intimate,” and “opening up my home for people to come together for Shabbat is truly special.”

She stressed that while “girls” may be in the name, and women make up the majority of followers, the group is open to everybody. “That being said, I do think that it’s very important for everybody, women included, to have a support system.”

That support system was created when Wolvek started talking about her favorite neighborhood spots on UES Girls. After a few months of “posting things that I genuinely love” — food, clothing stores, and cosmetic salons — she says a trust was formed between her and her followers.

This trust is important to Wolvek, who didn’t create the account for personal gain — her main gig is Head of Strategic Marketing for an advertising team. Julie says she wants to bring the neighborhood’s people and businesses together. “I want to be that kind of grand connector.”

One such connection is with Padoca Bakery, which opened its second location on First Avenue between 86th and 87th streets at the beginning of this year. Every Saturday morning, early-birds attending the UES Girls Walk event at 9:00 am receive a complimentary cup of Padoca coffee.

“As a small business who felt the effects of [Covid-19] deeply, Julie’s support has been monumental as we opened our doors once again on the UES,” said a bakery spokeswoman, “It is our goal to continue to bring this special community even closer.”

Wolvek also looks forward to expanding her network of events and members. Hoping to onboard more Ambassadors in the future, she is “very hopeful that this account continues to bring people together in a meaningful way.”

Because making friends as an adult can be tough, Wolvek said, “It’s my hope that this platform gives everybody who wants one the opportunity to feel like they are part of a community.”

“I am forever grateful to Julie for cultivating the UES Girls community and bringing me the sense of belonging I’ve been looking for.” 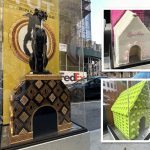