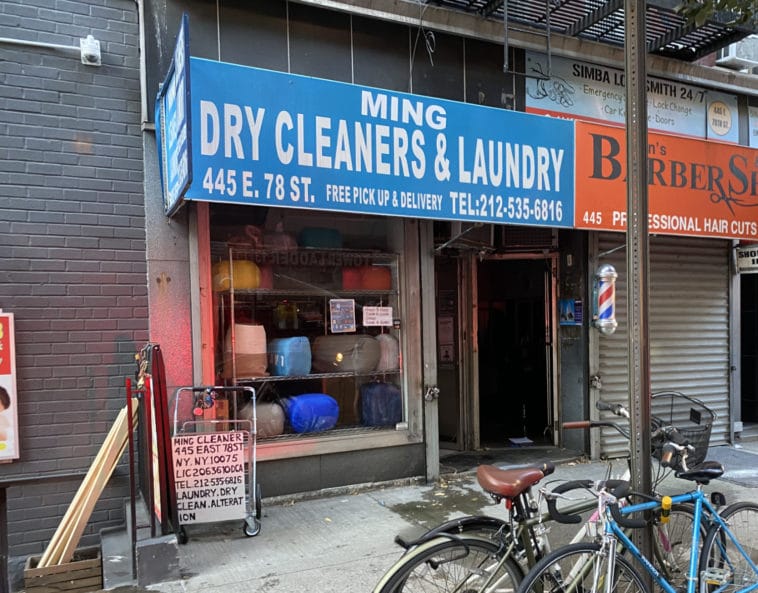 MANHATTAN – A beloved Upper East Side doorman is being hailed as a hero tonight for averting a potential tragedy when a laundromat on East 78th Street near York Avenue went up in flames just before 5:00 Tuesday afternoon. Neighbors who live above the ground floor laundromat credit Musa Saiti with saving their lives.

“You ever get that feeling you’re just in the right place at the right time?” Musa Saiti asked tonight.

“This was that,” Musa told Upper East Site— minutes after he heroically raced into Ming Dry Cleaners & Laundry, which was filling with smoke from a dryer that caught fire.

Sitting on a stoop across the street and talking to his wife on FaceTime during a break from his shift as a doorman for a building a block to the north, Musa sprung into action the first sight of trouble.

“I see the people working inside the dry cleaner that came outside and opened the door, and I could see smoke coming out of one of the dryers,” Musa says.

Musa says he asked the worker if there was a fire, but was told the machine was just smoking.

“Not even a minute later, the dryer was engulfed in flames,” Musa told Upper East Site.

“When I tell you flames, ones that were going to reach the ceiling.”

The hero doorman dialed 911 to report the fire, ran into Hero Certified Burgers on the corner of York Avenue and asked for the fire extinguisher— they obliged without hesitation.

On his way into the laundromat, Musa instructed the laundromat employees to yell into the stairwells to alert everyone in the two buildings above them they needed to get out right away.

Once inside, he unleashed the fire extinguisher on the flames coming from the dryer, which he says at that point had only been unplugged to stop the fire.

Mr. Saiti says it took two full minutes of spraying non-stop to get the fire under control, but he was able to knock down the flames before firefighters arrived on scene— the whole time Musa says he was thinking of the neighbors who lived just above the burning dryer.

“Thank god I was able to get everyone out and both buildings were able to evacuate,” Musa told us.

Thanks to Musa’s quick action, no injuries were reported and even the damage to the laundromat seems relatively minor.

Wash and fold laundry bags were still neatly standing by the door, ready for pickup, dry-cleaned clothes could be seen hanging in their plastic sleeves nearby.

“The dryer was on fire and he was telling everyone to get out,” evacuated tenant Carolyn Cusner told Upper East Site tonight.

“He got everyone out. He was amazing.” 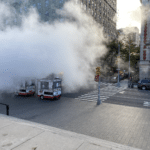 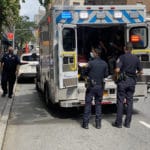