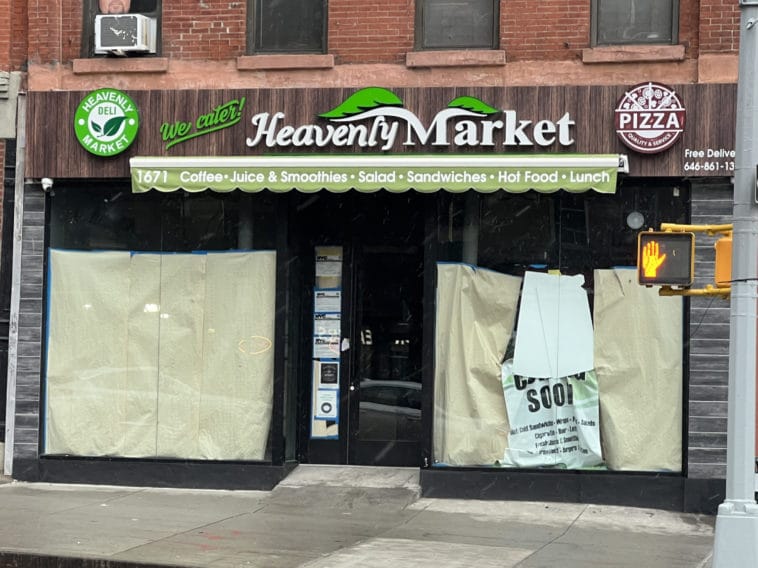 MANHATTAN – One of the most popular spots in Yorkville, Heavenly Market, is adding to York Avenue in a BIG way— then deli-market is not only opening a third location in the neighborhood on the north end of the Upper East Side, but a fourth one as well!

You may know Heavenly Market on the corner of York Avenue and 89th street— or even their East Harlem location on Third Avenue between East 97th and 98th Streets, as one of your favorite spots for bagels, salads, sandwiches or fresh made juices.

This reporter orders their Philly Cheesesteak quite regularly.

Now imagine everything you know about Heavenly Market, multiplied.

A year in the making, Heavenly Market’s third location has been longly anticipated– located just a block south of the original, it sits at the southwest corner of York Avenue and East 88th Streets.

“The cause of delay was due to gas allowances from Con Edison,” says owner Adil.

“Con Edison was not able to secure us enough gas while simultaneously servicing the tenants upstairs,” he added.

Understanding this was critical to the small business, Adil and Heavenly Market turned to then-City Council Member Ben Kallos— who served the Upper East Side— to help solve the problem and secure their rights to natural gas access.

“I can’t wait to shop local at Heavenly Market.”

After Con Edison made renovations to the building and neighboring sidewalk, Adil says the plans to open the third Heavenly Market location are full steam ahead.

“The third location is set to open within the next two weeks,” the proud owner tells Upper East Site.

Located a stone’s throw distance away on the corner of York Avenue and East 88th street, the new Heavenly Market will serve more hot food and has a full size pizza oven, stand mixer and prepping station.

“Everything will be freshly made,” says Adil.

“I’m from Brooklyn, I will only serve authentic New York style pizzas that taste good.”

In addition to homemade fresh pizza, the market will house a ‘create your own pasta bar’ with homemade, fresh pasta. There will also be a hot bar with weekly menus, “think taco Tuesday, Italian Wednesday, meatloaf Thursday,” says Adil.

Homemade burgers and fries will also be on the menu.

For those who are overwhelmed by the line at the current standing Heavenly Market, for your fresh juices, head a block over. The third location will be opening a juice bar as well!

Exclusively revealed to Upper East Site, Heavenly Market has also taken over the former space of Hansol Farm Grocery-Deli and will be converting the storefront into Heavenly Cafe— serving coffee, gelato, pastries and more.

The fourth location, which is set to open in this spring, sits on the southeast corner of East 88th Street and York Avenue, directly across from its sister market— making the intersection the ‘Heavenly Corner.’ 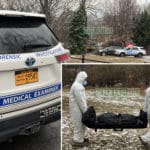 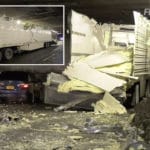