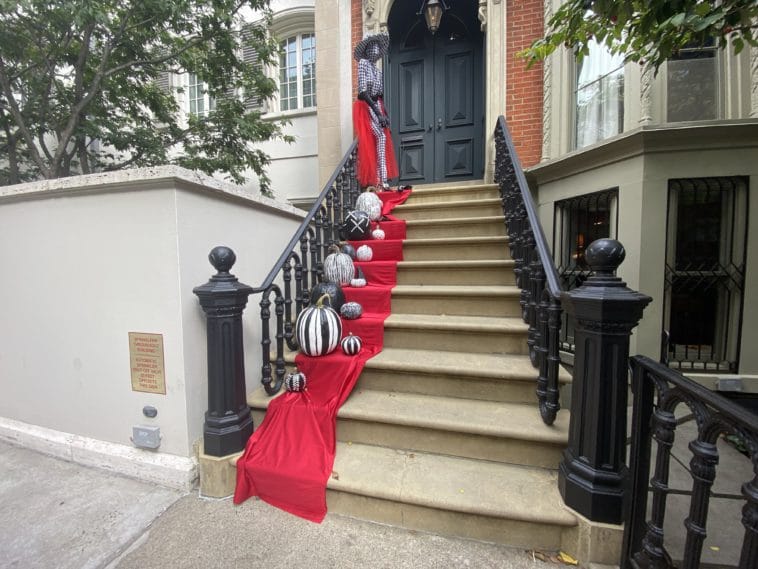 MANHATTAN – Halloween is right around the corner and Upper East Siders are going all out this year— using their stoops to showcase the spookiest decorations in festive displays across the Upper East Side.

From a ghost ship and a cornfield staircase to skeleton escapes and some pretty big gourds, there’s something for everyone.

Scroll to the bottom for our map of halloween decorations with a gallery of photos.

Outside the home of Kelly Ripa— host of Live! with Kelly and Ryan— located near Central Park on East 76th Street between Fifth and Madison Avenues you’ll find glossy black and white pumpkins decorating the entrance as black skeletons scale the building using a string of lights. Ripa is known in the neighborhood for her elaborate Halloween displays

The most elaborate display Upper East Site visited was a townhouse on East 64th Street that was transformed into a ghost ship. Three large black sails will grab your attention, but it’s the detail in the display that’ll have you taking photos. With eleven gold skeleton dressed as pirates in a variety of different scenes, this one is a cant miss.

Here you’ll find chic Halloween display featuring a red carpet with a stylish woman at the top of the stairs– look up and you see the demon watching over it all! Don’t forget to tag your photos with #129e70.

Between Second Avenue and Third Avenue

One Upper East Side block has turned into hub of halloween decorations with notable displays decorating half a dozen homes. The stretch of East 62nd Street between Second and Third Avenues is chock full of cobwebs, spiders, ghouls and ghosts. Stop by house numbers 208, 233, 234, 238, 240, 242 to see it all.

Between Lexington Avenue and Third Avenue

Between Third Avenue and Second Avenue

Near the corner of East End Avenue

Between Third Avenue and Second Avenue

On this block you’ll find two spooky displays– one on each side of East 74th Street between Third and Second Avenues. At house number 240, a skeleton bride and groom at the top of the stairs are the focal piece, with a grim reaper looming nearby. At 225 East 74th Street, there are twin gardens of terror featuring witches and skeletons– one on each sides of the building’s entrance, so be sure to check out both.

Between Madison Avenue and Park Avenue

At the corner of York Avenue and East 86th Street

The Mansion Restaurant is well known in the neighborhood for it’s Halloween displays and this year’s doesn’t disappoint. Be sure to stop by the corner of York Avenue and East 86th Street to see this one!

Between Third Avenue and Lexington Avenue

Between First Avenue and York Avenue

Oh gourd! We admit this display isn’t too spooky, but it does include some giant pumpkins– you cant go wrong.

Did we miss a Halloween display? Let us know here. 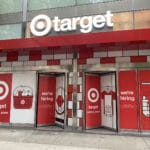