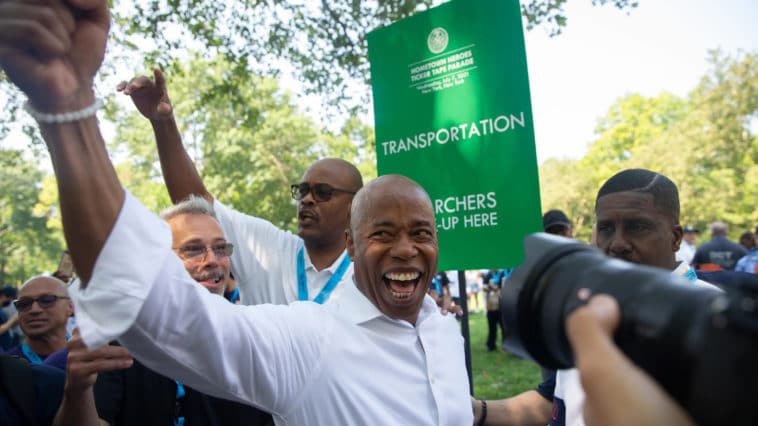 This article was originally published on Jul 7 at 1:44pm EDT by THE CITY. Sign up here to get the latest stories from THE CITY delivered to you each morning.

Kathryn Garcia, who came within 8,400 votes of making history, stepped aside along with third-place finisher Maya Wiley. Meanwhile, Eric Adams took a victory lap, trumpeting his win as “an everyday blue-collar worker.”

Garcia and Wiley — who both held positions in the de Blasio administration — were vying to become the first woman to lead the city. But they fell short against Adams, a 60-year-old former cop and veteran politician who is poised to become the city’s second Black mayor after David Dinkins in 1989.

At a news conference in front of the Women’s Rights Pioneers Monument in Central Park, Garcia touted her ascension from bureaucratic near-anonymity to coming within one percentage point of the city’s top job.

“We proved that you can compete, even without decades of being in the political machine, with no help for powerful interests, political favors or big donors, just hard work, determination and strong grassroots support,” Garcia said.

“This campaign has come closer than any other moment in history to breaking that glass ceiling and selecting New York City’s first female mayor,” she added. “We cracked the hell out of it, and it’s ready to be broken.”

Adams declared victory Tuesday night after preliminary ranked-choice tabulations released by the city’s Board of Elections showed him leading Garcia by roughly 8,400 votes — a 50.5% to 49.5% margin — a difference her campaign eventually saw as insurmountable.

Wiley, who finished about 12,000 votes behind Garcia in the penultimate ranked-choice round, congratulated Adams.

Adams’ win “has tremendous meaning for so many New Yorkers, particularly Black people,” Wiley, who is Black, said Wednesday in front of the Lucerne Hotel, which became an Upper West Side flashpoint over starkly different reactions to an influx of homeless people into the neighborhood during the pandemic.

Wednesday’s dual concessions put an unofficial cap on an unprecedented, critical race in a city emerging from a devastating pandemic, which opened the use of mail-in ballots for all. The COVID crisis initially limited campaigning in the 13-candidate Democratic primary, which also featured early voting and the first use in New York of the ranked choice voting system in a race that drew a little over a quarter of registered voters.   Sankey Diagram – NYC Mayoral Primary 2021 by Valerie Bauer

Promised to Get Things Done

Garcia, an electoral politics novice, crafted a career as a bureaucrat known for her management skills — running the Sanitation Department under Mayor Bill de Blasio, who also tapped her to deal with crises in public housing and later with food distribution when the pandemic hit last year.

Fellow public servants in city government respected her for her problem-solving acumen and ability to navigate bureaucracy behind the scenes.

On the trail, the 51-year-old Brooklyn native developed a reputation as a no-frills moderate who would focus on quality of life improvements — including expanding composting and protected bike lanes — and public safety.

She promised, as she put it on the campaign train, that she’d “get shit done.”

But Garcia struggled with name recognition at the start of the campaign trail, as early polling stuck stubbornly in the single digits. Some of her rivals, especially Andrew Yang, praised her qualifications and repeatedly said they’d love to have her work for them — which she called “sexist.”

Her star rose as she snagged the endorsement of The New York Times editorial board and the subsequent seal of approval from the Daily News.

On the campaign trail, she proved adept at political maneuvering under the new ranked-choice voting system.

Unlike her major rivals, Garcia was the sole candidate who campaigned to be voters second- or third-choice pick — a strategy common in ranked-choice voting elections elsewhere — that helped narrow the lead between her and Adams, who was elected to his first office, the state Senate, in 2006.

In the waning days before the June 22 primary, Garcia forged an alliance with Yang, who urged his supporters to rank her second, although she did not return the favor.

Garcia picked up more than 43,000 votes from Yang when he was eliminated in the seventh round of tabulation, compared to the roughly 37,000 Adams received, according to the BOE’s preliminary results.

And Garcia and Adams were neck-and-neck when it came to absentee votes.

Of the roughly 118,000 absentee ballots included in latest BOE count, some 28,000 voters ranked Adams first compared to the 25,000 who placed Garcia in the top spot, records show.

See the latest primary election results from the NYC Board of Elections.

But it wasn’t enough to match Adams, who built a massive coalition of support from influential elected officials from the five boroughs and unions. He also hammered at the spike in shootings, drawing on his past as a police captain vocal about public safety as well as the systemic racism he saw in the NYPD.

Meanwhile, Wiley emerged as the top progressive voice in the race after the campaigns of Dianne Morales and Comptroller Scott Stringer fell apart. Wiley, a 57-year-old Brooklyn resident, did well in some of the city’s liberal bastions and with younger voters, notching the endorsement of Rep. Alexandria Ocasio-Cortez (D-Queens, The Bronx). But Wiley also was dogged by her past association with de Blasio, whom she served as counsel.

Adams, a moderate who cast himself as a champion for working-class New Yorkers, made the rounds on the morning shows Wednesday, jubilant from his win.

“It’s extremely exciting right now that just an everyday blue-collar worker — I like to say — is going to potentially become the mayor of the city of New York,” he told CNN.

With the weight of the political establishment behind him, Adams had nearly $8 million spent on his behalf by independent expenditure groups, which can raise unlimited dollars to support or oppose candidates but are not allowed to coordinate with campaigns. On the other hand, independent groups spent under $270,000 on Garcia’s behalf.

Adams outpaced her fundraising — Garcia collected just $1.9 million in private funds compared to his $4.9 million. But she benefited greatly from the city Campaign Finance Board’s matching program, amassing just slightly more than Adams in public funds: $6.48 million to his $6.46 million.

Garcia said on Wednesday she would continue to serve New Yorkers, support other women who run for office and work on the issues she placed at the forefront of her campaign.

“I will help the next mayor in the fight to make our foster care system more just, less racist, and better [supportive] to build forever families,” she said, a nod to her own history as one of three children her parents adopted (they also had two additional children).

Adams, who criticized Garcia’s alliance with Yang at the end of the campaign trail, on Wednesday told Fox5’s Good Day New York he had not thought about appointing her to any roles in his administration.

He will face the Republican nominee, Guardian Angels founder and media personality Curtis Sliwa in the November election. Adams is widely expected to beat Sliwa, given the city’s heavily Democratic voter base. 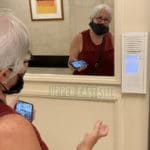 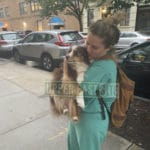