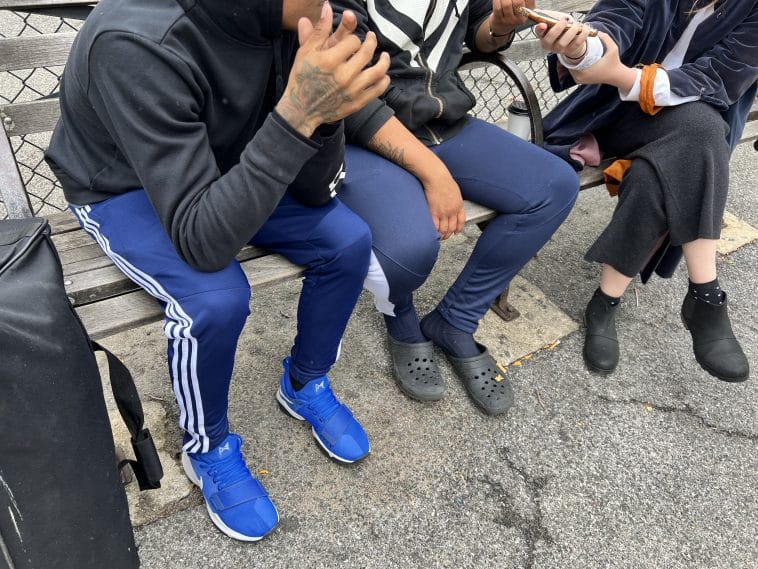 Jorge, Alberto and David are Venezuelan migrants who were bused to NYC and found their way to the Upper East Side | Patrick Bobilin

Charter bus after charter bus pulls into the Port Authority Bus Terminal in Midtown each day, unloading dozens of Venezuelan migrants who just spent the last 72 hours or more traveling from Texas after crossing the United States-Mexico border seeking asylum. Fifteen days ago, three young migrants stepped foot in New York City for the very first time, hopeful the shelter they were promised by someone in the Lone Star state would provide respite. What they found was a shelter with no space for them.

“We had to cross the jungle, spent four days lost inside,” Alberto, 19, told Upper East Site in an exclusive interview last Sunday.

“During the night, you could hear people crying, like ghosts,” he said.

The three Venezuelan men had been staying on the corner of East 87th Street and First Avenue the last week.

They did not want to reveal their real names or faces, but did want to share their story, as well as talk about the help they need now. Upper East Site spoke to them on a cold and drizzly afternoon in the Stanley Isaacs Playground near the entrance to the FDR Drive— the sound from cars whizzing by acted as the soundtrack to our conversation.

The young men expressed gratitude for the help from members of the UES community, who have donated cloths, backpacks, and food. Especially helpful as the temperatures dropped, because they have been spending some nights on the street.

The donations also help supplement what’s missing from their original belongings, most of which have been stolen since they left home more than two months ago. Since then, they’ve had to endure exhausting, unimaginable hardship.

After surviving the jungle, the men crossed Central America, from Panama to Mexico, sometimes with help from the governments, and sometimes forced into bribery by corrupt cops.

“We went through things that we never thought we’d have to go through,” Alberto said.

More than anything, though, was the walking that seemed endless. Sometimes they walked until their feet bled, and then some.

After finally arriving to Texas, Alberto, Jorge, and the third man David, 19, were told they could be bussed to a shelter with space in Manhattan.

“When we got there, it was completely full,” Jorge said.

As a result, the three have had to live on the streets while looking for work, shelter and food.

And when there is space available in a shelter, it’s not always a safe place to be.

At the time of interview, on Sunday, October 2nd, the three men had already been on the streets for ten days. They found their way to the UES a few days in, after someone had told them they’d be less likely to get robbed or hurt there.

During the course of our reporting, neighbors associated with the Upper East Side Mutual Aid Network— which in full disclosure, is a group with whom this reporter is an organizer— have provided winter coats, sneakers and socks, hot food, coffee, and Metrocards.

The UES Mutual Aid Network also connected them with another nightly shelter, the Mainchance Drop-in Center in Kips Bay.

Alberto and Jorge were neighbors back home, and had planned to travel to the U.S. due to the brutal poverty they and their families are facing there.

Unfortunately, the men’s experience is not unique. Venezuela used to be the richest country in Latin America, in part due to its large oil reserves. But since the death of former president Hugo Chávez, who did much to lessen wealth inequality and improve social programs, in 2013, the authoritarian regime of current president Nicolás Maduro, as well as increased economic isolation from the U.S. government, has tipped the country into a storm of economic, political, and humanitarian crises.

Since Chávez’s death, the country’s Gross Domestic Product has fallen dramatically, with inflation making the national currency, the Bolívar, virtually worthless. As a result, daily life has gotten much harder – especially for those below the poverty line, or about 95% of the population, with about 77% in extreme poverty.

With public services such as healthcare collapsed, food and jobs scarce, and violence on the rise, more than 6.8 million have fled the country. Those leaving now and in the future will be even more vulnerable and with fewer resources, according to the United Nations Refugee Agency.

However, the three Venezuelan men’s arrival to the UES is also part of a longer fraught history: malicious busing ploys.

For years, figures like Texas Governor Greg Abbott have been masquerading racist and cruel political stunts as immigration policy by sending vulnerable people to so-called sanctuary cities without plans for what they’ll do once they get there.

Since April 2022, his government has shipped away more than 10,000 migrants arriving to the Texas border, usually without even alerting receiving cities to ensure they can organize adequate support upon arrival.

These busing ploys often lead to confusion, stress, and sometimes— as in the case of the three men outside Gotham Pizza at the corner 87th Street and First Avenue-– nowhere to go once they get there.

A tent city constructed in a parking lot at Orchard Beach in The Bronx drew outrage, both from racists who claim the asylum-seekers are “unvetted illegal immigrants” and advocates horrified by the inhumane conditions.

After video showing minor flooding in the Orchard Beach tent city during last weekend’s storms went viral on twitter, the city decided to relocate its first-ever Humanitarian Emergency Response and Relief Center to Randall’s Island, noting the new location is less prone to flooding and closer to transportation.

According to Mayor Eric Adams, more than 16,000 asylum-seekers fleeing dangerous conditions have arrived in NYC over the past few months.

However grateful for the help they have received from people on the UES, the three young Venezeulan men emphasized that what they need now is stable housing and work— so they can get on their feet and become self-sufficient.

“The only thing we really want is that people support us with a job. We know how to do things, and if not, we’ll learn,” Jorge said.

If you can help Alberto, Jorge and David with work, a place to live or a cash donation, Upper East Side Mutual Aid Network is coordinating the assistance. The group can be reached through Instagram by clicking here or you can donate directly through GoFundMe.

“We came here to progress,” Alberto said, “not to ask for change on the streets.” 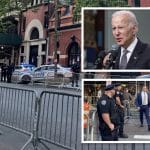 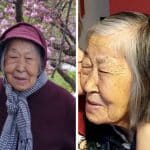