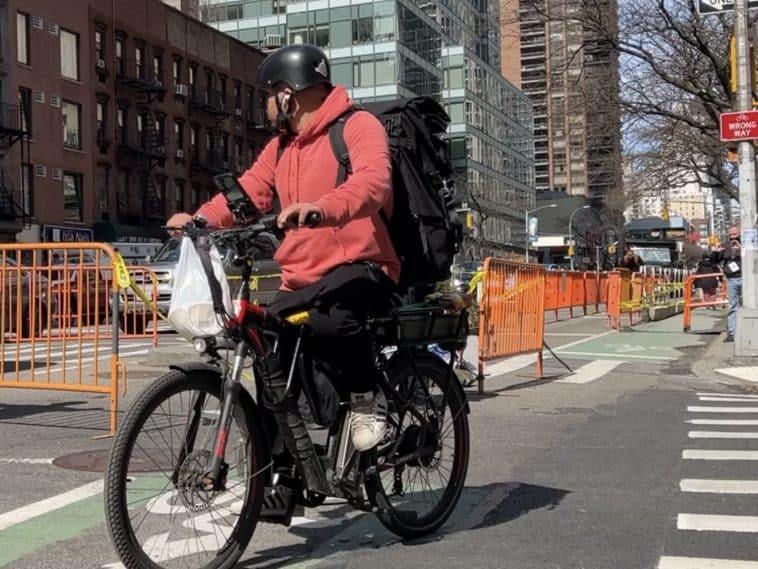 This article was originally published on Nov 16 9:29am EST by THE CITY

New York City’s app-based food delivery workers should be paid at least $23.82 an hour plus tips by 2025, an amount that takes into account their costs of operating, the city Department of Consumer and Worker Protection proposed via public notice Wednesday morning.

Because app-based delivery workers, currently estimated to number 60,000, are classified as independent contractors and not employees, these workers are not currently entitled to a minimum wage. They also do not get reimbursed for expenses, such as purchasing insulated delivery bags.

Once the full $23.82 hourly rate is implemented, it will include a $19.86 base rate – matching existing minimum pay standards for the city’s ride-hail drivers – and $2.26 to cover expenses such as safety equipment, and $1.70 to reflect the absence of workers’ compensation insurance. The city estimates that delivery workers currently earn $11.12 an hour including tips after expenses, according to a draft copy of the pay study obtained by THE CITY.

The proposed rate would ultimately put $9 an hour in delivery workers’ pockets over what they typically earn now. New York joins Seattle, which set a minimum wage earlier this year, to go into effect at the same time as New York’s.

The new pay scale is subject to challenge in court by several of the most powerful delivery platforms. Last year, Grubhub, UberEats and Doordash sued the city over a new law that caps the amount of commissions fees that apps can charge restaurants on their platforms.

The proposal will be the subject of public hearing scheduled for Dec. 16.

“Delivery workers have delivered for New York time and again, including during the COVID-19 pandemic — now it’s time for New York to deliver for them,” said Mayor Eric Adams in a statement. “This new proposed minimum pay rate would help ensure a fairer pay for delivery workers for third-party apps, providing more stability for 60,000 workers across our city. We look forward to hearing public comment on the new proposed rules as we prepare to implement the law.”

As the Council prepared to vote on the pay law in September 2021, its sponsor, then-Councilmember and now City Comptroller Brad Lander, thanked delivery workers, labor organizers and THE CITY for bringing their plight to public attention. The proposed pay scale followed a study of worker pay and conditions that the Council also required when it passed the law.

The report draws from data obtained via administrative subpoenas to four of the largest delivery platforms — DoorDash, GrubHub, UberEats, and Relay — as well as field surveys of more than 400 delivery workers in collaboration with researchers at Columbia University. DCWP also held a public hearing and referenced publicly available data.

The department determined that those four major platforms are collectively responsible for 99% of app deliveries in the city.

The agency determined that workers should be paid based on trip time – time spent delivering — as well as time spent connected to the app waiting for a trip offer, instead of receiving payments per delivery.

It also confirmed several findings from an Aug. 2021 study by the Cornell Institute of Labor Relations and Los Deliveristas Unidos that determined that delivery work is the main or only job for most workers, particularly among those toiling on e-bikes.

The proposal falls short of the $30 an hour that labor group Los Deliveristas Unidos rallied for last month.

Speaking at the Oct. 27 rally at City Hall, Ana Fernández, a delivery worker for UberEats, Doordash and Relay said she’s brought home as little as $45 of take-home pay after a full 10-hour day traversing the city via moped.

“We have hope someone will do right by us,” the 44-year-old mother of five said in Spanish. “These conditions cannot continue.” 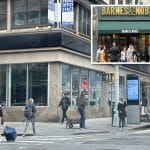 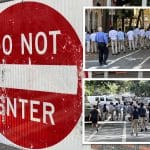