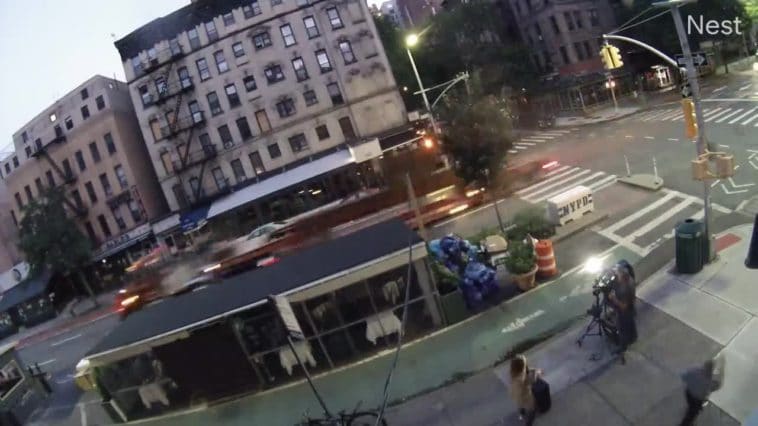 MANHATTAN – An incredibly dangerous situation caught on camera on the Upper East Side thursday morning, as a FOX 5 News crew found themselves dodging a chunk of metal debris sent shooting through the air, apparently by a flatbed truck, with enough force to leave a small crater in the concrete sidewalk where it struck the ground.

“It’s going to replay in my mind a lot,” FOX5 reporter Reagan Medgie told her colleagues.

Medgie and her photographers were getting ready for a live report around 5am Thursday when a typical morning in the city changed in an instant— and what happened next could have been tragic.

Surveillance video obtained by the station shows a flatbed truck heading southbound on Second Avenue near East 78th Street when it appears to hit a manhole cover or pothole, sending a chunk of shrapnel in the air and flying directly towards the news crew.

Thankfully, the metal debris didn’t have a clear path to the crew— it clipped part of a street lamp on its way down— and thats what the crew believe may have saved their lives.

“Thank God for that wire that it hit, because more likely my reporter and the cameraman would not be here today,” Daughtry told FOX5.

Medgie couldn’t help reflect on the near-miss and the outcome had this happened just a few hours later.

“God forbid it was during the day and there were people out here,” Medgie said. 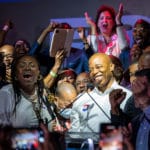 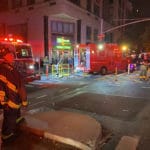