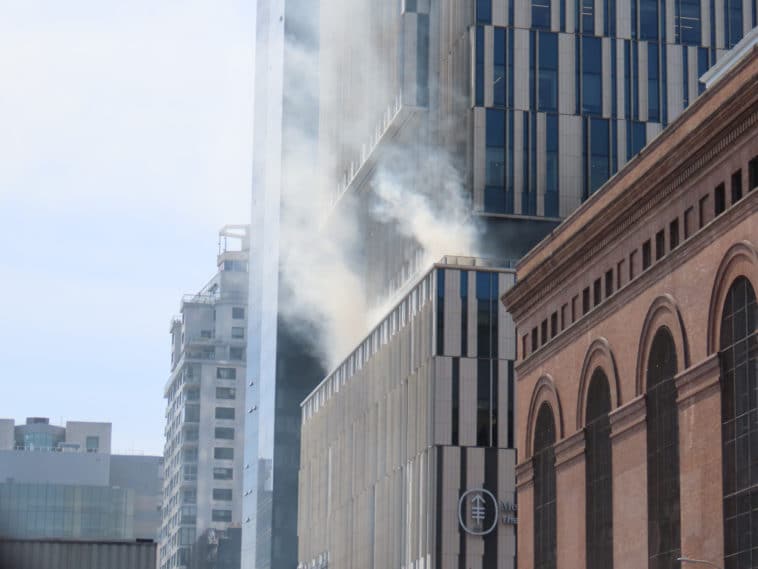 MANHATTAN – York Avenue was shut down Tuesday afternoon as FDNY crews raced to battle a fire burning on a terrace of a Memorial Sloan Kettering Cancer Center building on East 74th Street, sending plumes of smoke billowing over the FDR Drive and East River.

The first calls for help came at 1:37 pm this afternoon, FDNY officials say, and social media was quickly filled with video of the thick black smoke billowing from the sixth floor of the Koch Center for Cancer Care.

Firefighters were able to contain the flames to the outdoor terrace and the fire never made it inside the building. Water from FDNY fire hoses could be seen shooting over the edge of the terrace as crews fought the flames— the smoke now turned white from being doused.

FDNY officials say patients on the fifth, sixth and seventh floors of the hospital were temporarily evacuated to lower floors out of an abundance of caution.

Within less than an hour, the fire at Memorial Sloan Kettering Cancer Center was extinguished, but York Avenue remained closed from East 72nd to 76th Streets as first responders worked to clear the scene.

MSKCC told Upper East Site that employees were being let back into the building. Late Tuesday evening, FDNY Fire Marshals revealed the cause of the fire to be carelessly discarded smoking materials– but didn’t elaborate whether it was a cigarette or cigar.

Last month, the Koch Center for Cancer was the scene of another frightening incident, when an out of control van smashed through a concrete wall inside the hospital’s 74th Street parking garage— leaving the van’s front end mangled and broken cylinder blocks crumbled around the large hole.

In February’s crash one person was injured— believed to be the van’s driver. Thankfully no one was hurt in in Tuesday afternoon’s fire, FDNY officials say. 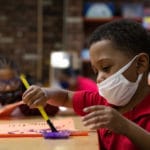 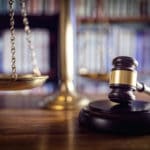