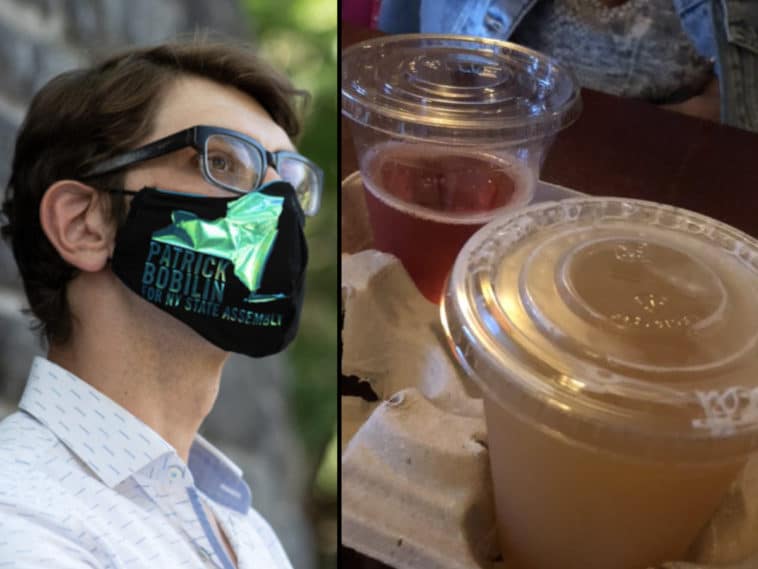 MANHATTAN – As businesses shuttered in March 2020 as the Covid-19 pandemic throttled up in New York City, to-go cocktails from bars and restaurants helped prop up the small businesses forced to go takeout only— giving a much needed boost to the bottom line. Not only that, they were incredibly popular— which is why it came as such a surprise that then Governor Cuomo abruptly ended the Executive Order that allowed to-go drinks.

The experiment, a silver lining in the struggles that New Yorkers faced and gave a financial lifeline to businesses, lasted fifteen months, but one Upper East Sider— who plans to challenge Assembly Member Rebecca Seawright for her seat representing the Upper East Side once again— is adding to-go cocktails to his platform of his campaign.

“It’s a common sense way to spur business to our bars and restaurants,” progressive community organizer Patrick Bobilin wrote on Instagram making the announcement, “and it eliminates an archaic law that’s only used as a cudgel against marginalized people.”

That’s evidence isn’t just anecdotal either— Gothamist reviewed criminal summonses for drinking in public for the first seven months of both 2019 and 2020 and found the same thing— Black and Hispanic New Yorkers are overwhelmingly the recipients of these summonses, with only 7% of tickets written for white New Yorkers.

A proposal to end open container laws and legalize to-go cocktails gained some support in the State Assembly, but hasn’t gone anywhere meaningful.

“Elected officials, without an incentive, are not here to save us,” Bobilin wrote in an announcement that he was once again exploring a run for Rebecca Seawright’s Assembly seat in the 2022 elections.

“We have to fix the problems we want solved in our communities, in every part of this city and state.”

The former public school teacher faces another uphill battle this year, having been targeted by Seawright’s campaign repeatedly in 2020— the incumbent failed to secure the Democratic line on the ballot due to technical errors— with efforts to have Bobilin disqualified in State court based on an aggressive interpretation of New York’s residency requirements— which take into account a person’s intent to return to the state.

First, the State Supreme court upheld Patrick Bobilin’s eligibility— Seawright’s team had contested that Bobilin had been in New York State for five years prior to the election because he was a college student in another state— but later succeeded in having an appellate court disqualify the progressive activist who now works to help our community though the UES Mutual Aid Network and UES for Black Lives Matter.

Running as a third party candidate for a party she created for the 2020 Assembly race after failing to make Democratic line on the ballot, the incumbent Seawright apparently trolled another opponent, Republican Louis Puliafito, by opening her campaign headquarters in the very same building where Puliafito works as a doorman.

“It’s petty and vindictive,” Puliafito told the New York Post before the 2020 election.

“It just shows that you know she’s really showing her true colors.”

The unsavory campaign tactics didn’t stop there either— a Seawright’s campaign worker was recorded in 2020 in videos posted to YouTube, seemingly shadowing Bobilin on the Upper East Side as he worked to get signatures for his petition to run— apparently attempting to get duplicate signatures for Assembly Member Seawright’s campaign from the same people who already signed Bobilin’s sheet— nixing the signature from being counted at all because voters are only allowed to sign one petition per elected office, per Board of Elections rules.

The disqualifications of voters’ signatures and Patrick’s candidacy by the courts may seem like just part of politics in 2020— however, the real world effect of those actions mean disenfranchising Upper East Sider voters who gave their signature to Bobilin, and anyone who planned to vote for Bobilin in the general election.

Upper East Siders and New Yorkers as a whole should hold our elected officials to the highest ethical and moral standards— though these actions say otherwise about the incumbent to the 76th Assembly District, Rebecca Seawright.

As for Bobilin, the third generation New Yorker’s progressive platform is larger than just repealing open container laws— Patrick is calling for commercial rent control to help small businesses, universal rent control for tenants, full funding for schools and the MTA, which Bobilin believes should be fare-free. 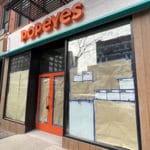 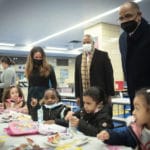