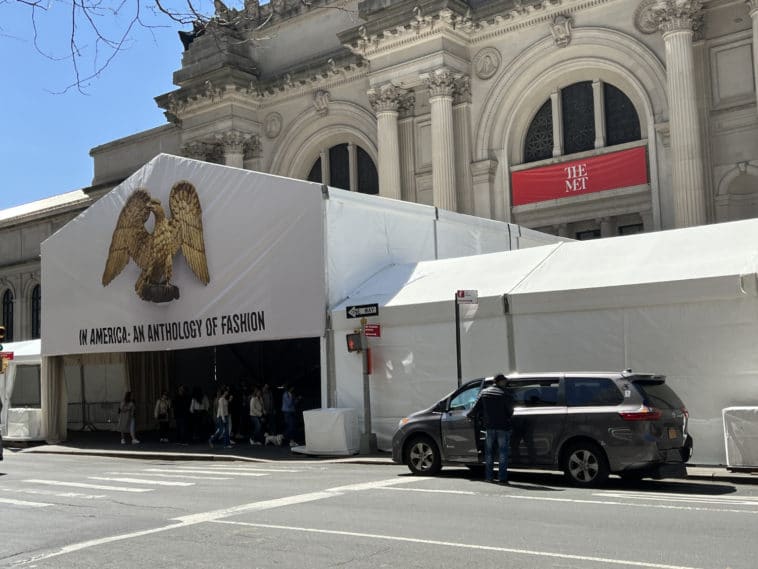 MANHATTAN – The red carpet was still rolled up on Sunday, laying across the steps to the Metropolitan Museum of Art, ahead of Monday’s highly-anticipated, star-studded Met Gala. In less than twenty-four hours, celebrities will converge on the Upper East Side for fashion’s biggest night out.

Large white tents house the entry to the museum where photographers will be packed in, all trying to get the perfect shot of the eye-popping apparel worn by hundreds of A-list celebrities invited to the annual event.

Regina King, Blake Lively and Ryan Reynolds and Lin-Manuel Miranda are co-hosts of this year’s gala, and while the guest list is under wraps, Page Six has confirmed Katy Perry and Megan Thee Stallion will be in attendance.

This year’s theme, ‘Gilded Glamour,’ ties into the museum’s exhibit ‘In America: An Anthology of Fashion,’ which showcases American styles from the eighteenth century to today.

Attending the Met Gala, which serves as a fundraiser for the museum’s Costume Institute, reportedly costs $35,000 per person— though you can’t simply buy a ticket— you must be invited.

Last year, the event brought in more than $16 million for the Met’s Costume Institute.

To watch live coverage of the Met Gala’s celebrity red carpet arrivals on Monday evening, tune to E! on television or visit Vogue magazine’s website to see the official livestream. The festivities begin at 6:00 pm. 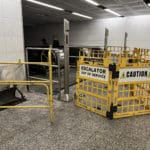 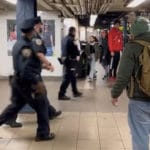