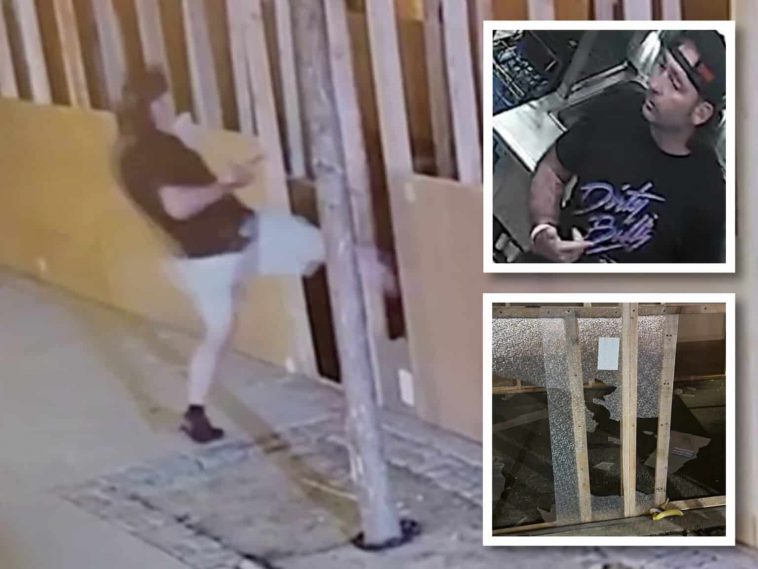 The NYPD announced Friday that an FDNY firefighter has been arrested in a disturbing case of vandalism targeting a sukkah constructed outside of an Upper East Side Jewish center, which police say had been smashed and urinated inside.

Detectives say 37-year-old Marty Party is the man caught on camera back on October 8th repeatedly kicking the sukkah — a hut used for dining during the Jewish holiday of Sukkot — set up by the Chabad Israel Center on East 92nd Street near the corner of Second Avenue.

Police say he even relieved himself inside the structure, desecrating the holy space. A good samaritan was seen in surveillance video released by the Chabad Israel Center pleading with the suspect to stop the destruction.

Firefighter Party — who was arrested and charged with criminal mischief — had been identified as the suspect by multiple Upper East Site readers last month, shortly after we published surveillance images of the suspect released by police last month. We instructed them to contact Crime Stoppers.

“Sadly, this is very unsurprising to anyone who knows him,” said one tipster, “[Crime Stoppers] said multiple people had sent in his info.”

Marty Party was not charged with a hate crime despite the incident’s initial investigation as such. A law enforcement source tells Upper East Site the suspect did not appear to be acting out of hate.

“He in fact damaged the structure, however, we do not believe there was any racial bias behind it,” the source explained, noting that Party may have been intoxicated.

Rabbi Uriel Vigler, who leads the Chabad Israel Center, told Upper East Site that they “thank the NYPD for doing a superb job investigating this crime and we are glad it has been resolved.”

“In the spirit of Chanukah,” Rabbi Vigler says, “we urge everyone to do their part in illuminating the world by doing a good deed today. This is the most effective tool we have in our possession.”

It has been a difficult three months for Chabad Israel Center, in addition to the vandalism of its sukkah in October, a beautiful menorah carved from ice for Hanukkah celebrations this week was smashed and left in pieces on the sidewalk in what appears to be an intentional act, though unconnected to the prior incident.

The FDNY says Marty Party has been suspended from the job for four weeks, which is the maximum allowed. However, they note he could be sidelined longer as his criminal case proceeds.

Party is based out of a Manhattan firehouse, according to the FDNY, but was not on-duty at the time of the incident.

“Hopefully now he gets the help he needs,” a tipster added. 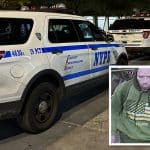 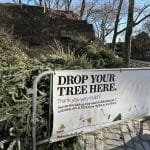