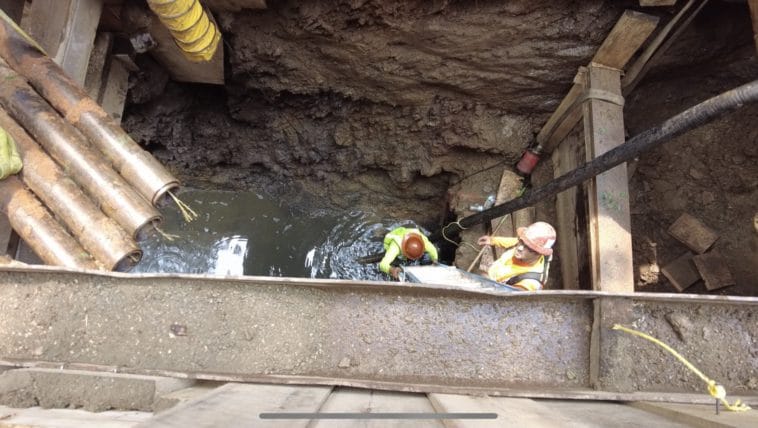 MANHATTAN – Six days after a sinkhole opened up on a Yorkville street, swallowing asphalt and dirt and leaving a gaping hole in the pavement, repairs are progressing, but are far from over, as seen in exclusive photos taken today by Upper East Site.

The city’s Department of Environmental Protection tells Upper East Site that crews have expanded the excavation zone and expect work to continue for several more days.

So far, DEP says it hasn’t come to any conclusions as to cause of the street collapse last week and is still investigating.

Thick wooden planks now line the hole— carefully widened by construction crews after the initially cave in last Thursday— shoring up support to prevent any of the earth beneath the street from giving way.

They are an important safety measure with standing water is still visible inside the hole, appearing to be several inches deep as workers climbed down to the very bottom where they would ultimately guide in a hulking section of pipe.

Two sump pumps the size of small cars sit near the corner of East 89th street and York avenue, their engines roaring through the afternoon rain as they continue to remove water from accumulating inside the sinkhole turned construction site.

Upper East Site previously reported there a has been a 29% drop in complaints of roadway cave-ins year to year, according to the city’s annual Mayor’s Management Report. 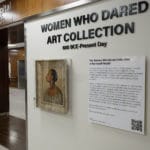 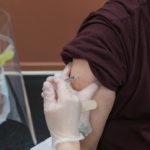