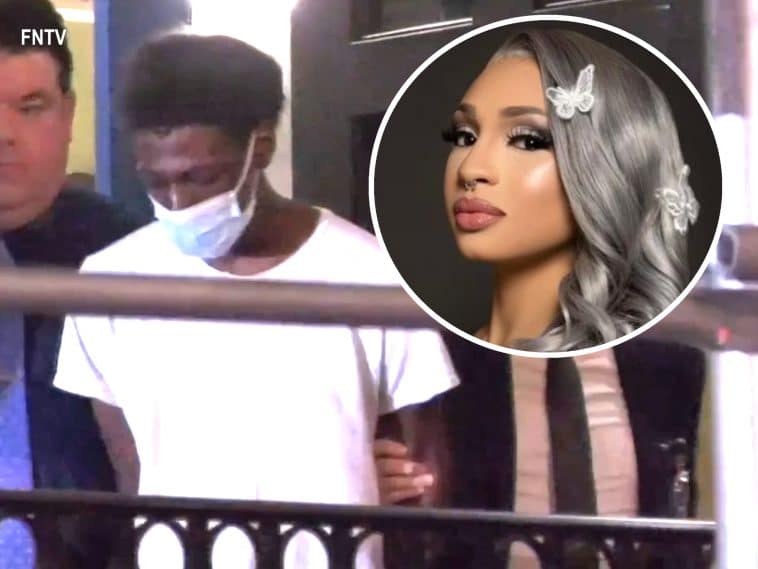 MANHATTAN – Fewer than forty-eight hours after 20-year-old Azsia Johnson’s young life was stolen from her as she pushed her baby girl’s stroller on East 95th Street Wednesday night, NYPD detectives have made an arrest— charging Johnson’s ex-boyfriend, Isaac Argro, with the heinous crime that devastated more than a family— a whole community.

Investigators say Argro, 22, is the father of Johnson’s three-month-old baby girl Chloe, who was left sitting in her stroller nearby her mother dying on the sidewalk, thankfully unharmed after the grisly execution-style slaying.

Police say Argro is the man wearing all black who callously snuck up behind the 20-year-old mother of two, pulled a pistol and fired a single shot into the back of her head. Johnson was pronounced dead at Metropolitan Hospital.

Upper East Site’s news partner FreedomNews.tv was there as detectives from the NYPD 19th’s Precinct on East 67th Street escorted Argro from the station house to a waiting police cruiser late Friday night.

The suspected killer did not respond to questions shouted at him by reporters.

NYPD Commissioner Keechant Sewell announced the bust Friday night, saying in a tweet that 22-year-old Argro had been charged with murder and criminal possession of a weapon.

Sewell added that “NYPD detectives continue to be relentless in their pursuit of justice.”

Azsia’s mother Lisa DeSort says her daughter was a victim of domestic violence and the City failed to protect the young mother.

“I kept telling them, ‘he’s threatening my daughter’s life.’ And they didn’t believe me,” said a vigil for Azsia on Thursday.

“And now my daughter’s dead. And this is why we’re here.” 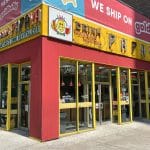 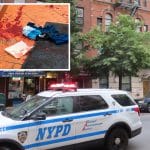