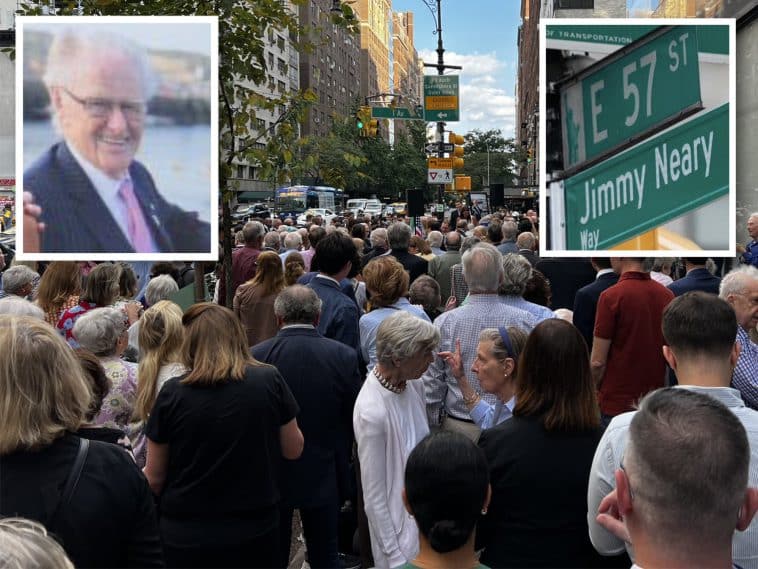 Hundreds gathered at a Midtown street corner Wednesday evening to celebrate a man who left his mark on New York City with far too many smiles to count and several lifetimes worth of memories. The corner of East 57th Street and First Avenue will forever be known as Jimmy Neary Way, named after the Irish immigrant-turned-restauranteur whose bar, Neary’s, became a landmark through his 55 years of service.

“His customers came for the food but stayed for the man,” Mayor Adams added.

For many, the passing of Jimmy Neary was deeply personal, as the longtime bar owner touched so many lives through his decades at the restaurant, including Menin, who sponsored legislation to co-name the street corner in his honor.

“When my mom died, Jimmy provided solace to my father,” she explained.

“Several years ago my father became homebound and the one time I got him to leave his apartment was on his [birthday] last year. Jimmy warmly greeted him,” said Menin.

“Once again, it’s Jimmy who got my dad out of the house.”

“I am glad to say that his joy is still palpable throughout this establishment and carries on under Una’s leadership,” said Menin.

“We can all be rest assured that Neary’s will be here for many years to come.” 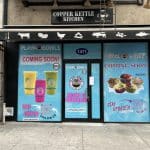 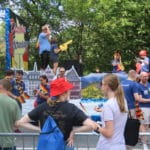