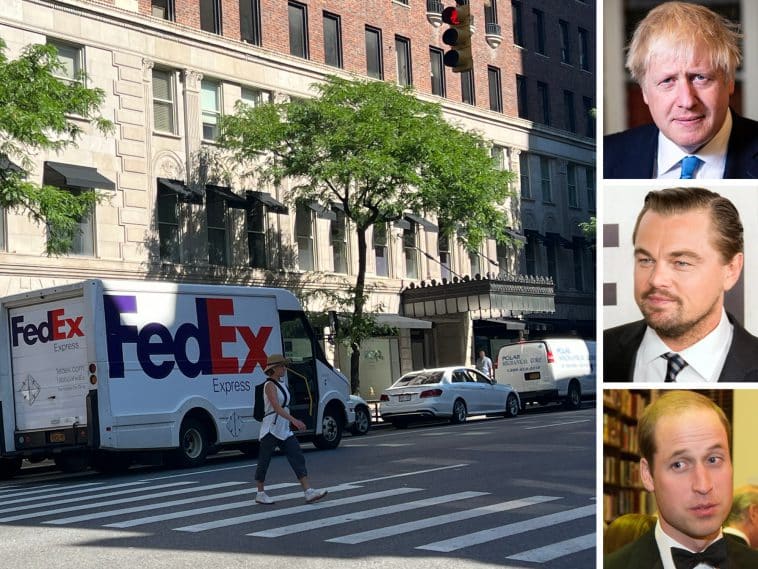 What happens when a NIMBY fight pits lowly Upper East Side millionaires living on Madison Avenue against their even higher net worth neighbors? Drama, of course. It all came to a head Tuesday night during Community Board 8’s Street Life committee meeting, when a famous London nightclub owner’s team presented its application for a new UES location, expecting a slam dunk.

If you don’t know the name Robin Birley, don’t worry, you’re not out of the loop. In fact, you’re actually among an exclusive members-only club comprised of tens of millions of people who have no clue who Mr. Birley is— because you are not a celebrity, filthy rich or a political heavyweight.

In other words, you don’t exist to Mr. Birley and his world, so it’s okay if you never heard of him.

Here’s the TLDR on Robin Birley: He is a rich English businessman, the son of a famous nightclub owner and the proprietor of his own ultra exclusive members-only clubs in London, bringing together a who’s-who of the global elite at his two venues— Oswald’s and 5 Hertford Street.

The latter— pronounced Hartford, like the mediocre capital of Connecticut— is London’s most exclusive club, where disgraced British Prime Minister Boris Johnson and other top government officials are frequently spotted rubbing shoulders with celebrities.

Academy Award winners Leonardo Di Caprio, Lupita Nyong’o and George Clooney have been seen visiting the club, as well as other A-listers like Margot Robbie, Bradley Cooper, Harry Styles, Mick Jagger and even members of the British royal family, including Prince William, Prince Harry and Meghan Markle, whose first date was at 5 Hertford Street.

Now that Mr. Birley has London’s nightlife scene for the insanely rich and powerful under his thumb, he has set his sights on the Upper East Side as base of operations in his conquest of New York City.

The nightclub developer signed a 20-year lease on a sprawling 12,000 square foot space in May, which encompasses the entire first and second floors of 828 Madison Avenue— extending block to block from East 69th to East 70th Street, though its not clear if the club will occupy all the current retail spaces.

The massive venue will contain two kitchens and three bars— and according to representatives for the business who spoke at Tuesday night’s Community Board 8 Street Life committee meeting, it will be a place where nearly all of the more than 231,000 people who call the Upper East Side home will never be allowed to go inside.

Not even once. Ever. Under any circumstances. Even if you are wealthy and can afford the exorbitant annual membership costs and initiation fee.

“What we do is pay a great deal of attention as we grow the membership… in order to maintain control over the quality of members,” said nightclub representative Andrew West, presumably referencing regular Upper East Siders deemed undesirable who will be excluded from the club’s amenities.

5 Hertford Street is said to require applicants to provide two references from current members to be considered and cost as much as $3,000 annually– however, the London club does not disclose that information publicly.

Mr. West did, however, confirm the membership for the UES club is expected to be several thousand and would have a fees similar to other high-end NYC private clubs, but did not provide even a ballpark figure.

He did say that the initiation fee on the Upper East Side would be the same as the annual cost, so a member’s first year would essentially cost double.

Surprisingly, the drama was not over the gigantic private club occupying an entire block of Madison Avenue that would deprive Upper East Siders of other local businesses that could occupy the space and would be open to the public. In fact, one sycophant praised the private club’s impending arrival.

“I think we’re privileged to have [it] here, coming to our district, and I think [the club] will enhance— we all believe will enhance the experience of Madison Avenue,” gushed Matt Bauer, president of the Madison Avenue Business Improvement District.

Bauer immediately began shilling for club once his time began, fawning over Mr. Birley’s reputation and even having the audacity to complain how there aren’t enough restaurants on the Upper East Side, especially the kind that don’t let in the likes of you and me.

“You know, one of the tremendous needs I think, for the neighborhood is for additional dining opportunities,” Bauer said with a straight face during the Zoom meeting Tuesday night, noting  “the fact that it’s a private institution as well, I think, also enhances the feel of the street.”

Neighbors beg to disagree— they say the private club will cause nothing but headaches for them, with constant noise, crowded sidewalks and congested streets with double parked trucks– which Upper East Site saw during a visit to the location on Wednesday morning.

Milton Strom, president of the 10 East 70th Street Coop— whose building sits next door to the new club and whose available units start at nearly $2 million— hammered the proposal for the new celebrity hangout, calling it “an understatement to say that this club will negatively affect residents quiet enjoyment of their homes, including but not limited to the sleep disruption which could obviously adversely affects their health, and particularly the elderly.”

“Massive quantities of garbage will apparently be collected from a small existing service entrance in all likelihood, during late night, early morning sleeping hours,” Strom noted, also pointing to concerns about pedestrian traffic, vehicular congestion as well as security.

Not pleased with the outcry from two neighborhood groups or one of the group’s attorney, the lawyer for the private club, Max Bookman, complained about their concerns to committee chair.

“What happened, apparently, is that a lawyer was hired and to not necessarily seek compromise, which is what the process is all about, but instead argue why our application shouldn’t be approved,” Bookman said.

One member of the public, J David Enriquez, a private equity hotshot whose departure from the City Comptroller’s office for a multinational bank was big enough news to garner a Wall Street Journal article, felt the need to weigh in.

Identifying himself as an Upper East Sider who pays for himself and his wife to be a member at Birley’s ultra-exclusive London clubs, Enriquez too had the nerve to say that due to the impact from the Covid-19 pandemic, the private club, which will likely never allow anyone reading this article inside and be as useful as a vacant storefront— will be a ‘meaningful enterprise.’

“We’ve all experienced the the economic impacts of the pandemic and we’ve all seen a number of retailers and restaurants in the neighborhood on Madison Avenue close,” Enriquez explained, “so I was encouraged to see that a fairly, you know, scaled and meaningful enterprise by Mr. Burley to open up.”

Another sycophant, Martin Klein, described himself himself “a grateful member” of Birley’s London club and name-dropped the business man as a personal friend. Klein also believes he’s “in an excellent position to comment” on the planned club, noting he has served on the zoning commission for Palm Beach, Florida, where it sounds like what may be his primary residence is located.

Jackie Martin— who lives in a swanky Fifth Avenue building a few blocks from the planned club— spoke next, bragging about her personal accomplishments, living abroad and her relationship with Mr. Birley. She also mentioned that her membership to 5 Hertford Street, in addition to memberships NYC’s most exclusive private clubs, like Soho House and the Harvard Club– for Harvard University grads only– gives her expertise to weigh in.

“I spend most of my time at the Harvard Club, because it’s one of the places in New York where I feel safe,” Martin explained without a shred of self-awareness to how pretentious the words she spoke made her appear.

“I know the staff is well equipped to handle anything and I will have an amazing experience within the confines of those four walls. That is exactly the feeling I had in London,” she added, because obscenely rich people apparently feel that no establishment catering to the general public can be safe in this day and age.

“I do believe [the private club] will be my little oasis on the Upper East Side,” she added.

Community Board 8 member Loraine Brown, who is known to derail Street Life committee meetings with illogical inquiries and demands of applicants, made a motion to delay any decision until the next meeting in September.

Although Mrs. Brown was ultimately successful in postponing the committee’s vote on the private club’s liquor license recommendation, the entire purpose of Tuesday’s meeting, it wouldn’t come until nearly an hour and a half into discussion.

The hotly-contested debate over Mr. Birley’s private club was tabled for the night and pushed to next month’s Street Life committee meeting for a vote, giving all sides time to get their ducks in row before trying this again.

An earlier version of this article misstated the name of Max Bookman, lawyer for Mr. Birley’s planned club. 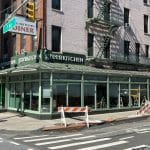 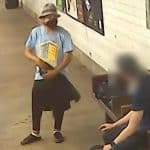