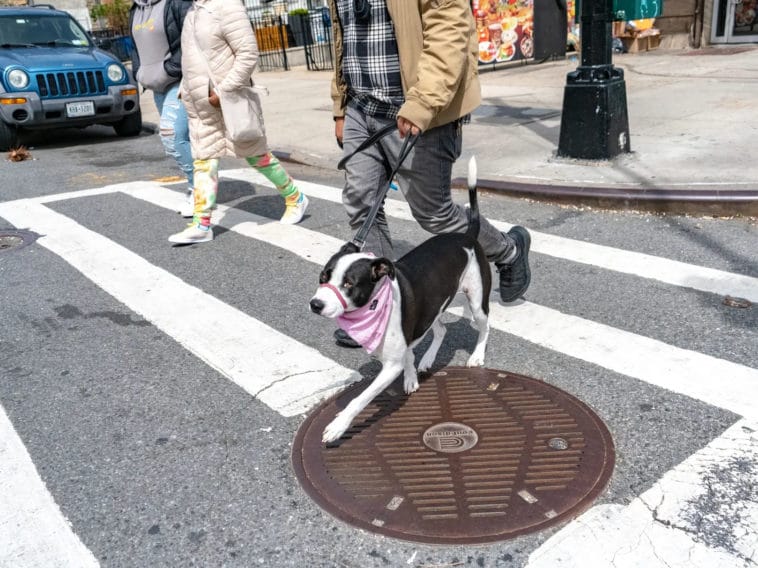 This article was originally published on Apr 18 at 9:54pm EDT by THE CITY

A jolt of stray electricity killed Lida Bilokur’s beloved service dog Lala in January when the Great Dane-boxer mix stepped on a charged metal plate, squealed in agony and collapsed on a cobblestone path in Brooklyn.

“She was part of my family and she’s gone — and that’s it,” said Bilokur, 31, whose friend had taken Lala for a stroll that night in Greenpoint. “You don’t get any closure.”

Nearly two decades earlier, a similar tragedy struck: In 2004, 30-year-old Jodie Lane died after she and her two dogs stepped on an electrified Con Edison service box in the East Village. The highly publicized incident resulted in stricter city and state laws for utility companies regarding stray current testing and reporting.

Since then, Con Ed has submitted lengthy reports to the state, tracking hundreds of local electricity detections each year as well as reported electrical shocks of people and animals. The trend of incidents has generally moved downward after a surge in the mid to late 2000s, with 1,348 reported instances of electrified equipment in 2021, the most recent year available.

But even as Con Ed itself reported more than 1,000 incidents each year, the city reports assert that the agency’s inspectors haven’t found any stray currents in recent years.

A snapshot of detailed data on Con Edison’s findings raises questions about the utility’s ability to eliminate hazards, and the DOT’s absence of evidence casts doubt on its ability to spot dangerous conditions, independent experts told THE CITY.

“There are a number of the stray voltages that do not appear to be getting fixed by either the city or Con Edison,” said Mark Voigtsberger, president of Utility Testing and Geographic Information Systems, a Florida-based company that tests for stray voltage.

Meanwhile, dog owners and public safety advocates say more still needs to be done to curb the powerful shocks, so other families don’t have to suffer the loss of a loved one.

Bilokur’s “super loving and energetic” canine has joined a line of pets and people who’ve been killed by stray voltage over the years. Several other New Yorkers have also recently reported seeing their dogs shaken by stray currents, but surviving the shocks.

In March, Bilokur filed a lawsuit against Brookfield Properties, the owner of the One Bell Slip apartment complex where Lala stepped on the electrified metal plate and died.

Like manhole fires and explosions, stray voltage is primarily a winter phenomenon, occurring when worn electrical wires and infrastructure mixes with rain, snow melt and road salt spread on the ground to prevent slipping.

On the night of Jan. 29, when Lala took her final steps on a path by the East River near Commercial Street, slush remained from snowfall days prior.

“Stray voltage, which we call ‘contact voltage,’ occurs when the insulation on a cable is frayed,” said Allan Drury, a spokesperson for Con Edison. “The voltage can escape, travel to street level and electrify conductive surfaces.”

A local law enacted months after Lane’s death requires Con Edison and other utility companies to annually inspect, test and repair infrastructure capable of emitting stray voltage. It also requires the DOT to conduct random checks and issue annual reports for stray voltage around the utilities’ equipment and infrastructure.

DOT inspectors found no stray voltage at hundreds of locations by Con Edison equipment in 2014 and 2019 through 2021, a review of department reports by THE CITY found.

Voigtsberger noted the reports show that out of tens of thousands of possible locations citywide, inspectors visited more than a dozen locations multiple times for the “random” checks.

And DOT’s inspectors used a stray voltage detector that doesn’t meet the state’s standard for testing equipment, THE CITY found.

The state Public Service Commission (PSC), which oversees utility companies, established electric safety standards that specify devices must detect potential energies “in the range of 6 to 600 volts.” The state defines a “finding” as a voltage reading of “greater than or equal to 1” volt.

DOT’s inspectors use what the agency describes as a “Tool Experts Voltage Detector Model 3215,” the reports show, manufactured by a company called Santronics. The model can only detect as low as 24 volts, according to the product’s advertised specification and a representative from Tool Experts.

The DOT did not respond to specific questions about the randomness of checks or the tool being used, but insisted the agency meets its legal obligation to check 250 locations per year.

“DOT complies with requirements to randomly test for stray voltage, alongside the much larger role utilities hold in these inspections,” said agency spokesperson Scott Gastel.

Despite DOT’s inspection reports with zero findings for years, Con Edison’s own surveys submitted to the agency showed hundreds of stray voltage detections in 2017, 2018 and 2019, data obtained by THE CITY in 2020 through a Freedom of Information request shows. The internal Con Edison inspection data, provided by the DOT, contains detailed information about the utility’s inspections not found in the agency’s reports.

Within the surveys, 33 locations had repeated stray voltage findings.

Under city and state law, any utility company that finds loose juice is required to promptly fix the problem and ensure the area is safe for the public.

Among the places Con Edison found stray electricity multiple times include a pole in front of P.S. 26 Rufus King elementary school in Fresh Meadows, Queens. The utility found voltage there on three occasions in 2019, including one with a reading of 118.5 volts — a level that can cause serious injury to humans when enough amperage is present.

Drury said Con Edison fixes its sites where it identifies stray voltage, but that leaves out charges found on third-party infrastructure.

The DOT spokesperson declined to hand over utility inspection data from 2019 to the present and insisted THE CITY file another Freedom of Information Law request. Con Edison declined to provide raw data for stray voltage inspections across the city.

At the state level however, the company’s reports to the PSC show that reported electric shocks have dropped significantly from a high of 204 in 2005. Con Ed says there were 23 electric shocks attributed to its equipment in 2019 and 14 in 2020. The number rose to 32 in 2021.

The state reports also show that the number of stray voltage findings on equipment under Con Edison’s responsibility have remained relatively consistent since 2004. In fact, Con Edison found 1,348 stray voltages on the equipment in 2021, up from the 1,095 identified in 2005.

Annual reports submitted by utility companies to the New York Department of Public Service show a decline in stray voltage. A spokesperson for the agency, James Denn, pointed to the PSC’s most recent Electric Safety Standards Performance Report, covering 2020, that showed stray voltage findings dropped 42% from a year prior.

“All utilities are in compliance with New York’s inspection requirements with approximately 1 million public facilities manually being inspected in 2020,” Denn said.

He insisted that all stray voltages found on public facilities were made safe.

State Sen. John Liu (D-Queens), who previously served as a City Council member where he sponsored the stricter local law for utilities companies after Lane’s death in 2004, has been a critic of Con Edison’s handling of stray voltage for years.

He called Lala’s death “yet another reminder that there are significant hazards with the electrical infrastructure in New York City.”

“If the PSC deems the utility company’s performance satisfactory, they seem to unfortunately be accepting a level of risk that is probably less than acceptable for New Yorkers in general,” Liu told THE CITY in a phone interview.

“We conduct frequent scans with equipment that is mounted on a truck and inspections of our electric-delivery equipment,” he said. “Since our program began in 2004, confirmed shocks from Con Edison equipment have declined by 90% in some years, compared to the year the program began.”

Yet dogs and people are still getting shocked.

And pet deaths have been making headlines for years. In 2018, the New York Post noted dogs “keep getting zapped” on one Brooklyn block.

For Bilokur, the continued electrocutions signal a lack of accountability. “It’s just crazy to me that it’s 2022 and it can be all over the news, but still, nothing happens,” she said.

Drury told THE CITY that he didn’t know which party was responsible for the equipment that emitted stray voltage and electrocuted Lala, but asserted it wasn’t Con Edison’s.

“Con Edison equipment was not the source of the voltage,” he said.

Bilokur’s attorney, Paul Liggieri, said he is trying to pinpoint the responsible parties for Lala’s death. Even if the utility isn’t to blame, “Where is the city of New York?” he asked.

“I think it calls into question the responsibility of both the city and Con Edison to ensure that the city is safe for dogs,” Liggieri said.

Bilokur told THE CITY she cherishes her memories of Lala, from the moment she rescued her in Seattle to more recent times in Brooklyn when she lifted her spirits.

“If I was upset, she was literally trained to make me feel better,” Bilokur said. “She would come over and lick my tears and hang out with me. You know, just comfort me.”

She described her certified emotional support dog as her “life partner” and “best friend.”

“She was my everything,” Bilokur added. 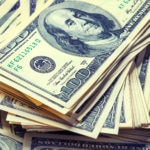