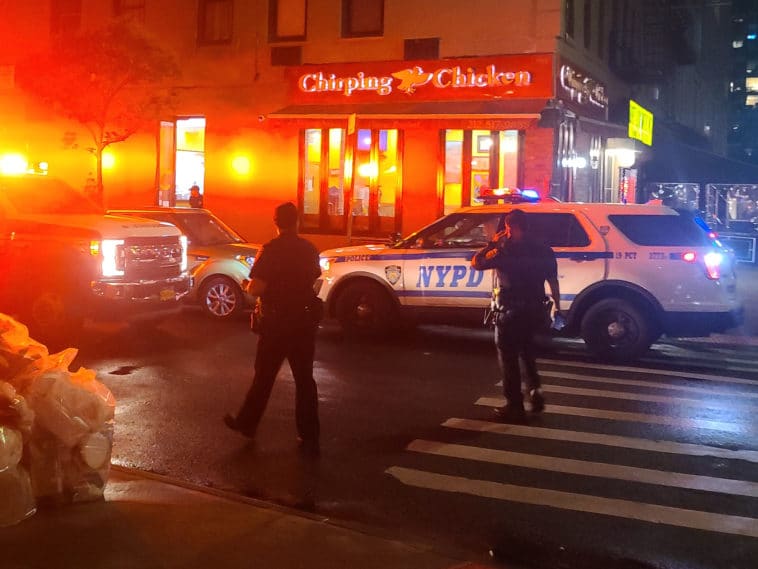 MANHATTAN – A delivery worker was hospitalized after being viciously beaten on the sidewalk during a robbery at the hands of two suspects who police say ambushed the victim after he dropped off food at an Upper East Side apartment building Monday night— the attack unfolding in front of an eyewitness walking down the block.

“They were waiting to ambush him,” said a witness to the violent crime, who wishes to remain anonymous, in an exclusive interview with Upper East Site.

“He was punched in the face, eye, nose and mouth.” the eyewitness explained, “Lots of blood. The guy pounded on him hard.”

It was just before 9:30 pm Monday night when the violent robbery unfolded on East 81st Street between First and Second Avenues, police say.

The victim, a 22-year-old delivery man told police he had just dropped off food at 318 East 81st Street when the two suspects came up on him from behind– one robber grabbed the delivery man’s jacket then pepper sprayed him in the face and demanded he give up his pricey e-bike— which can carry a price tag upwards of two thousand dollars— telling the victim he would stab him if he didn’t hand it over.

Police say the delivery worker, who had just been pepper-sprayed and threatened, refused to comply with the crooks and took a savage beating as a result— getting walloped with punches and kicks to his face, leaving the man bloody on the sidewalk.

“I heard screaming. I turned around and saw a guy beating up another guy, hitting him in the head,” the eyewitness explained to Upper East Site, noting she immediately called 911 for help and ran to the delivery worker’s aid.

“Once they had the bike, they could have just taken off but the guy savagely beat him in the face repeatedly,” she added.

Officials confirm to Upper East Site the delivery worker was taken to Weill Cornell Medical Center for treatment of injuries he sustained in the vile attack.

Monday night’s assault and robbery comes as New York City— and the Upper East Side specifically— face an unsettling rise in crime.

According to NYPD CompStat data, robberies on the Upper East Side have shot up a staggering fifty-eight percent this year compared to the same period last lear.

East 81st Street was also the scene of a high profile heist less than two months ago.

In March, a team of smash-and-grab thieves cut the padlock on the metal shutters outside Designer Revival, a luxury consignment shop on the block, and raided the store— swiping $40,000 in high end bags in less than thirty seconds.

No arrests have been made in either the Designer Revival break-in or Monday night’s violent robbery and police say the investigation is ongoing.

If you have any information regarding either of these crimes, please contact NYPD Crime Stoppers at 1-800-577-8477. All calls are strictly confidential. 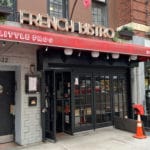 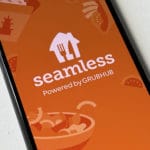