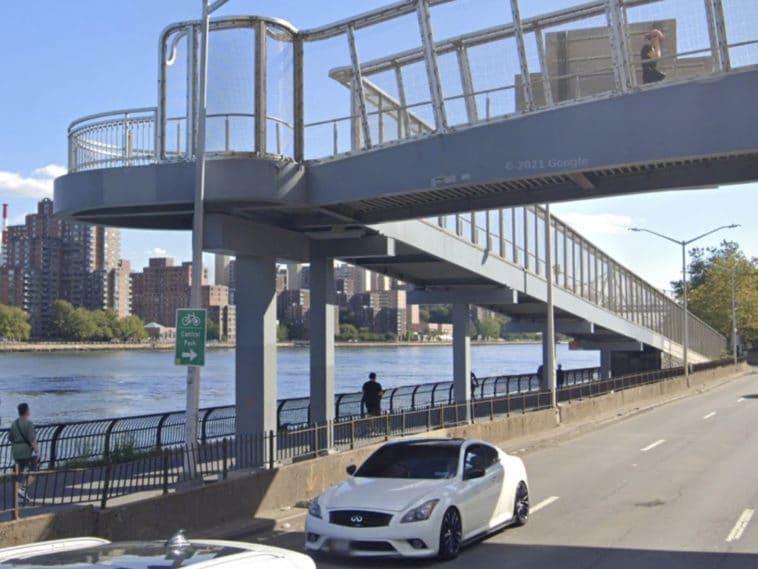 MANHATTAN – Born out of necessity in the early days of the Covid-19 pandemic, the East River Esplanade has become an even more popular place to workout on the Upper East Side. Now, the esplanade is set to get a major upgrade that’s includes an outdoor fitness area with brand new equipment located under the ramp to a busy foot bridge across the FDR Drive.

Exercise equipment including pull up bars, vertical chest press, parallel bars, sit-up bench and an arm bike will all be stationed underneath the ramp to the East 78th Street pedestrian bridge— which will have a new cushioned surface for working out, like those typically found in park play area.

Details on the new project, which will be accessible to those with disabilities,  were revealed during Community Board 8’s Parks and Waterfront committee meeting last week, where representatives of the New York City Department of Parks and Recreation laid out their plans to overhaul the currently unused space.

“Putting it under the ramp gives it some it some shelter, shade from the sun and also a little bit of protection from the rain,” said Andy Moore of Quinnell Rothschild, the landscape architecture firm hired to design the esplanade improvements.

“Which is good for the equipment and also gives the people exercising an opportunity to step off the main path and be in their own kind of space,” Moore added.

At the meeting, neighbors raised concerns about everything from the equipment to get damaged by the elements to the potential for the space to attract homeless encampments, as well as worries over a lack of lighting in the area after dark.

“I’d like to emphasize the need for lighting… and the security camera, just to make sure it’s a safe space everyone can use,” said Felice Farber, Co-Chair of Community Board 8 Parks and Waterfront committee.

Neighbors also raised concerns about a chain link fence that will separate FDR Drive traffic from the fitness area as a safety measure, because it will do nothing to mitigate the traffic noise or vehicle exhaust for exercisers.

A representative for NYC Parks points out that due to the fitness equipment, there is no space to install a planter, wall or any other barrier thicker than a chain link fence.

The esplanade outdoor fitness area is being funded by the Hospital for Special Surgery as part of the medical center’s dramatic $150 million expansion that will build a 12-story tower on top of the FDR Drive next to the main HSS campus.

As part of the new hospital tower’s construction, HSS promised to make improvements to the crumbling East River Esplanade from 72nd to 78th Streets.

While a timeline for the installation of new fitness equipment on the esplanade was not discussed at the committee meeting, the Hospital for Special Surgery has previously said refurbishing of the East River Esplanade won’t begin until after the base of the new HSS medical tower is complete.

The tower itself is expected to open in 2024. 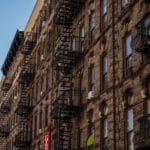 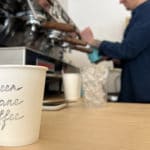