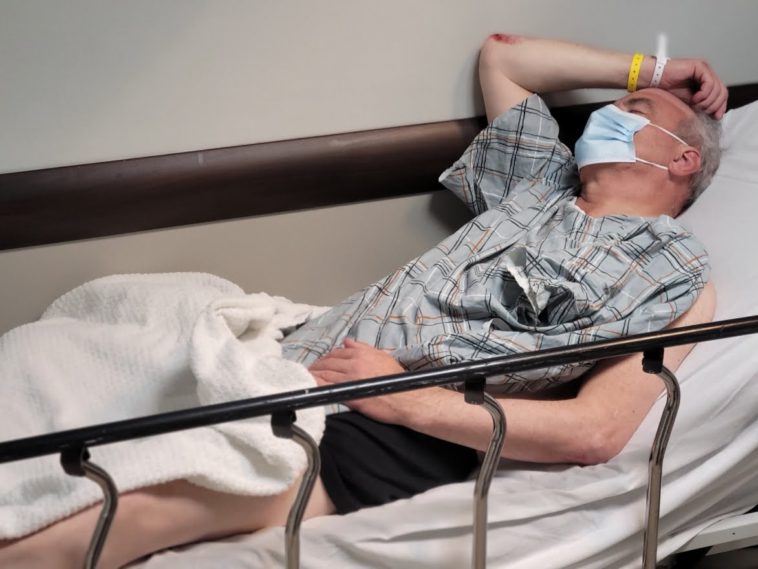 MANHATTAN – Republican Mayoral candidate Curtis Sliwa was struck by a taxi in Midtown this morning, his campaign says, and has been treated for minor injuries at Lenox Hill Hospital on the Upper East Side.

The Guardian Angels founder was rushing on his way to the WABC Radio studio when he was hit, staffers say, and even hosted his radio show at noon before seeking treatment at Lenox Hill afterward— despite injuries to his arm and knee.

“I think what took me through the broadcast was all the adrenaline,” Sliwa– who was flanked by several Guardian Angels members– told reporters outside Lenox Hill Hospital, his left arm in a sling after being released Friday evening.

Sliwa says when the taxi hit him, he went up on the hood and was throw five to six feet in the air before slamming on the pavement.

This afternoon Curtis Sliwa’s campaign announced the 67-year-old was being evaluated by medical professionals here on the Upper East Side and was doing well– a photo released by Sliwa’s campaign showed the Guardian Angels founder injured, laying in a hospital bed.

In a later update from his wife Nancy, it was revealed Mr. Sliwa has been diagnosed with a fractured left arm that will require a sling, as well as swelling of his left knee.

In a statement, the Lenox Hill told Upper East Site their “Emergency Department is a 24/7 full-service care center that sees nearly 58,000 patients each year.” Adding the facility has “the resources to care for patients with even the most complicated conditions, as well as all routine emergency and urgent care cases.”

A short time after that announcement, his campaign tweeted a tongue-in-cheek message.

“Don’t worry, everyone. The taxi is okay.”

A senior adviser to Mr. Sliwa’s campaign tells the AP that the Guardian Angels founder did not file police report.

Brooklyn Borough President Eric Adams— the Democratic candidate on the ballot against Sliwa in Tuesday’s Mayoral election— said after learning of the accident ,“I’d like to wish him a speedy recovery, and I hope to see him back out on the trail this weekend.” 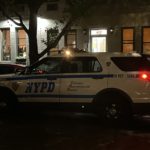 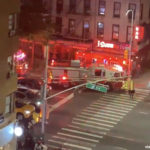