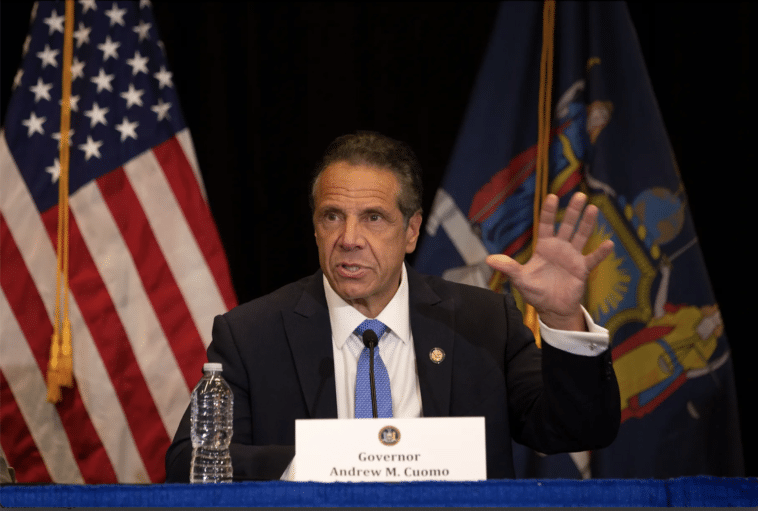 This article was originally published on Oct 28 at 8:00pm EDT by THE CITY

Former Gov. Andrew Cuomo has been charged with a misdemeanor sex crime over an allegation he forcibly touched a then-aide last December at the Governor’s Mansion in Albany, according to criminal complaint filed Thursday in Albany City Court.

SEE IT: Anti-Vaxxers Protest Outside at Gracie Mansion Ahead of Mandate Deadline

The charge against the 63-year-old Democrat comes two months after he resigned in disgrace following a string of sexual harassment accusations by several women who worked with and in his office that were detailed in a bombshell report overseen by Attorney General Letitia James’ office.

The complaint states that on Dec. 7, 2020, the three-term governor “intentionally, and for no legitimate purpose forcibly placed his hand under the blouse shirt of the victim,” whose name was redacted in the complaint, “and onto her intimate body part.”

“Specifically, the victim’s left breast for the purposes of degrading and gratifying his sexual desires,” the complaint says.

A Class A misdemeanor of forcible touching carries a maximum sentence of one year in jail.

Cuomo was issued a summons to appear in court in Albany on Nov. 17, Albany County Sheriff Craig Apple said in a press release.

Apple had received a police report in August following a complaint from Cuomo aide Brittany Commisso.

Wendy Murphy, an adjunct professor of sexual violence law at New England Law|Boston and former sex crimes prosecutor, said it’s highly unlikely that Cuomo face any jail time over the misdemeanor charge, noting that similar cases typically get reduced to a lesser charge as part of an agreement and result in probation or a requirement to enter a treatment program.

The former governor, Murphy said, is “not above the law and he’s not below it. He’s in a position of power and trust. The court does take that into account and could impose a tougher sentence than what an ordinary person might get.”

But the misdemeanor charge combined with Cuomo’s likely lack of criminal record “bodes well for him in terms of avoiding any serious punishment,” she added.

Earlier this year, Commisso, a former executive assistant in the governor’s office, accused Cuomo of unwanted touching, publicly detailing at least two occasions in which she said that he touched her inappropriately and filed a criminal complaint with the Albany Sheriff’s Office.

In an interview with CBS in August, shortly following the release of James’ report, Commisso said that she was ordered to the governor’s residence last winter, where Cuomo allegedly slipped his hand under her shirt and “cupped” her breast over her bra.

Commisso’s attorney did not immediately respond to a request for comment.

Cuomo and his lawyers have denied the allegations and cast aspersions on Commisso’s claims, highlighting as suspect the indication in the attorney general’s report that the alleged incident took place in November.

The report, and Commisso herself, note that the date included in the report commissioned by James’ office is an approximation of when the alleged unwanted touching occurred.

The complaint lists a slew of records that will be considered as evidence, including text messages from Cuomo’s phone, cell phone records, Blackberry PIN messages, and security card swipe records.

James, who was commissioned by Cuomo to hire lawyers to investigate sexual harassment accusations made against him last spring, turned over evidence from her office’s investigation to the Albany County District Attorney at their request.

The Albany County DA David Soares said in a statement that he was “surprised” to learn that a criminal complaint was filed against the former governor and declined to comment further.

ALSO READ: $15 Million in Art Seized from UES Gallery at the Center of an Int’l Smuggling Ring

Rita Glavin, Cuomo’s attorney, again denied the accusations and charged that the complaint by the Albany Sheriff was politically motivated.

“Governor Cuomo has never assaulted anyone, and Sheriff Apple’s motives here are patently improper. Sheriff Apple didn’t even tell the district attorney what he was doing,” she said in a statement.

“This is not professional law enforcement; this is politics,” she added.

James, who is expected to shortly announce a run for governor, has also been accused by Cuomo and his lawyers of using the investigation for political gain, something she has adamantly denied.

“When my office received the referral to investigate allegations that former Governor Andrew Cuomo sexually harassed multiple women, we proceeded without fear or favor,” James said in a statement Thursday afternoon. “The criminal charges against Mr. Cuomo for forcible touching further validate the findings in our report.” 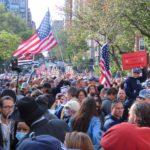 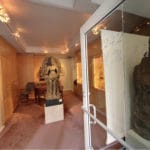