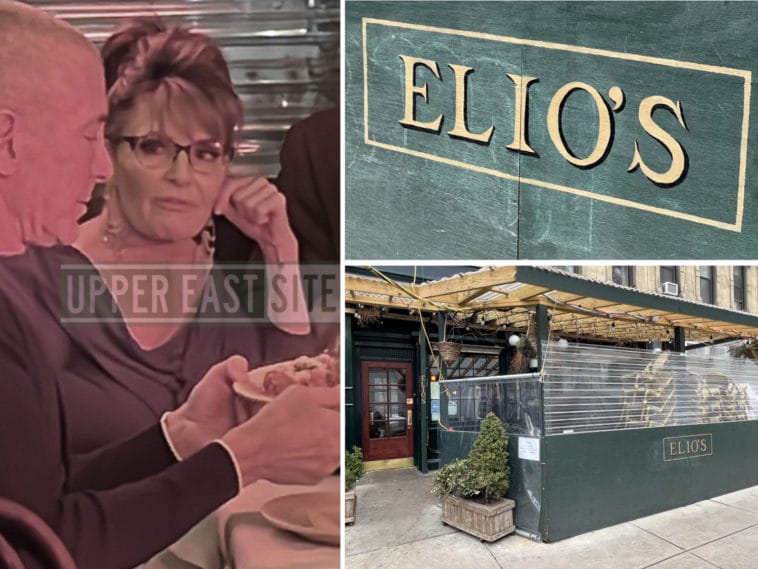 MANHATTAN – Fresh off of her federal court trial against the New York Times being delayed due to multiple positive Covid tests earlier this week, former Alaska Governor Sarah Palin has been spotted out dining twice more on the Upper East Side on Tuesday and Wednesday nights— again seeking out Italian cuisine at two Lenox hill restaurants instead of isolating.

Exclusive video to Upper East Site shows the one-time Republican Vice Presidential candidate and staunch anti-vaxxer in the outdoor dining area at Elio’s restaurant, on Second Avenue near East 84th Street, chatting and having dinner with four other people— who haven’t been identified— just before 8:00 pm Wednesday night.

Palin— who said “it’ll be over my dead body before I have to get a shot,” at a right-wing conference last month— also dined indoors at Elio’s last Saturday despite being unvaccinated, the New York Times reported, noting Gov. Palin later tested positive for Covid in three separate tests, revealed by her lawyers in court on Monday.

By dining outdoors, Ms. Palin avoids New York City’s indoor dining vaccination requirement, allowing her to have dinner— while potentially still infectious with Covid-19— at two restaurants on the Upper East Side this week.

Upper East Site has exclusively learned Gov. Palin dined outdoors at Campagnola on First Avenue at East 74th Street on Tuesday night, according to an Upper East Sider who spotted her having dinner around 9:00 pm.

Just an hour earlier, the self-proclaimed mama grizzly was spotted maskless with an unidentified man at a bus stop on Second Avenue near East 72nd Street.

Sarah Palin is in New York City for a civil trial against the New York Times—accusing the newspaper of defamation— which was postponed due to her current Covid infection.

That hasn’t stopped the selfish, misinformed former Governor from continuing to galavant around the Upper East Side, creating public health concerns wherever she goes.

A manager at Elio’s told the New York Times they just ‘made a mistake’ and speculated that Palin slipped through the cracks.

“We are trying to get to the bottom of this,” the restaurant manager told the Times.

Though on social media, some noted that Elio’s has not been checking vaccination cards— which management admitted to the Times they do not do for frequent customers.

Neither Elio’s, Campagnola, nor former the Governor have returned Upper East Site’s request for comment. 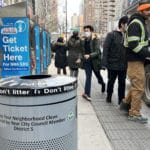 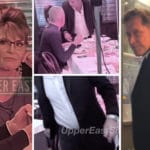