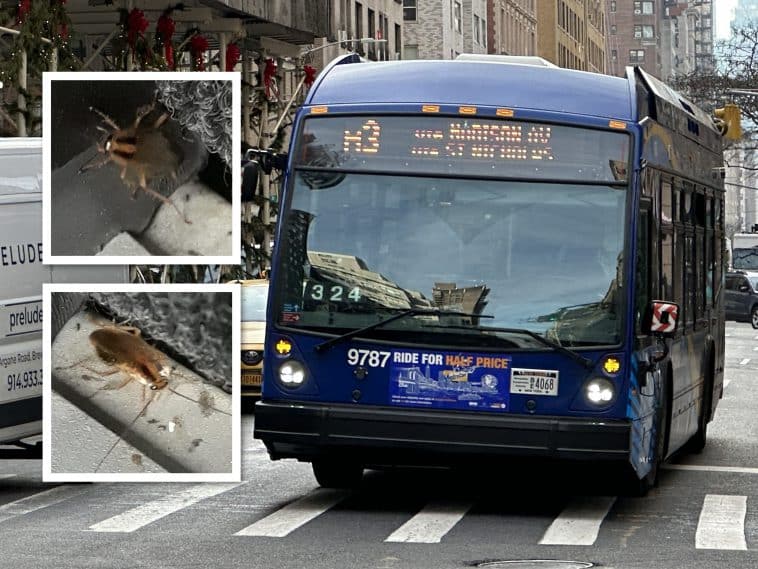 An eagle-eyed commuter with an affinity for insects says he has uncovered a cockroach infestation on multiple MTA buses using routes that travel through the Upper East Side. Everything from baby nymphs to full grown roaches have all been spotted and despite making several complaints, one commuter says nothing has been done.

“I was sitting on the bus and all of a sudden my eyes just see a big roach and it’s like the last thing you really want to like see,” said Ansel Oommen, a 31-year-old healthcare professional who rides M3 and M4 buses to the Upper East Side each day for work.

About three months ago, he began noticing the insects more and more often.

“You would just assume it’s like a stray or something,” Oommen told Upper East Site in an exclusive interview, “I started to see roaches a little bit more frequently, or I guess my eyes just got more attuned.”

Once that happened Oommen, who is studying for a masters degree in medical entomology — which focuses on the impact insects have on humans — began documenting all the sightings of what he identified as a German cockroach.

He also says he told a bus driver and even sent four emails to the MTA to alert them to the infestation, but received no reply.

“I’ve seen them crawling on seats right next to unsuspecting passengers, who I then had to warn,” the entomologist in training told Upper East Site, “Moreover, it’s a sign that passengers need to stop eating on the buses.”

The MTA’s M3 and M4 buses — which run from Washington Heights to Midtown and Union Square — use Fifth and Madison Avenues to pass through the Upper East Side and are both based out of the Manhattanville Bus Depot located on West 132nd Street between Broadway and Twelfth Avenue.

Despite sharing that same bus depot, one expert told Upper East Site that the location is likely not the source of the infestation that has spread to multiple MTA buses. Instead, he points to another passenger as the culprit.

“That’s usually how it happens,” explained Jesse Scaravella of Evergreen Eco Pest Control based in Brooklyn.

“Someone has a terrible roach problem in their home and then they’re either traveling with them in their clothing or on a parcel like a handbag or a backpack,” he told Upper East Site, also pointing out that the German cockroach is very common in New York City.

“If there’s any kind of readily available food or water source, [the roaches] do what they can,” Scaravella added, noting that it doesn’t take much. “They’re very, very resilient.”

“And of course, if that patron continues to ride that route, you’ll have new introductions.”

After Upper East Site reached out to the MTA, the agency immediately took action, pulling five buses noted by Oommen out of service to be treated.

The MTA told Upper East Site that its bus fleet is proactively treated by an outside vendor on a quarterly basis. Even though their Manhattanville Depot is free of infestation and was last treated in December, the MTA says it is moving up its next scheduled treatment.

“As a passenger, you know, you’re like really disgusted by it,” Oommen told us, but as “an entomologist in training it’s sort of fascinating where this is all coming from.” 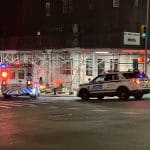 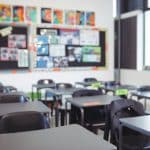