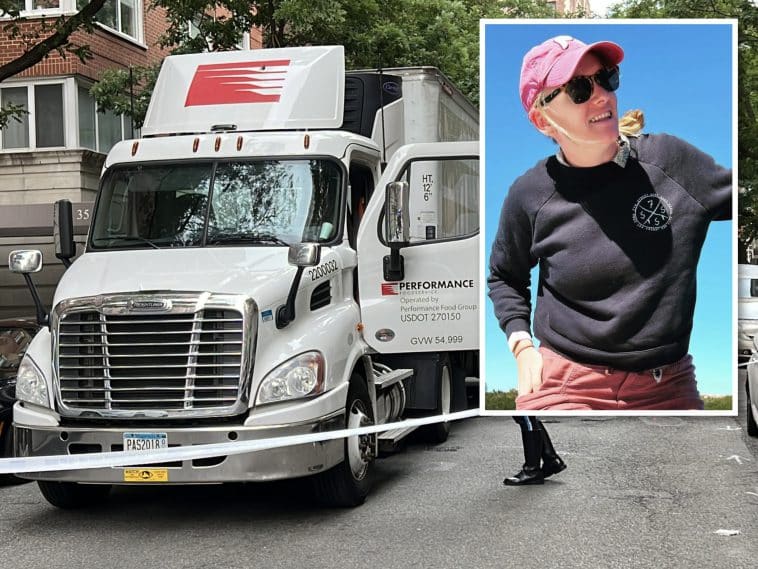 Investigators have identified the Upper East Side woman who was hit and killed by a tractor trailer while riding a Citi Bike Tuesday morning, in what appears to be a tragic accident, as Carling Mott.

The 28-year-old Upper East Sider lived on East 84th Street and worked as a Post Production Manager for Nickelodeon. A friend tells Upper East Site she grew up on the Jersey shore.

Mott’s social media accounts are filled with photos of the young blonde woman posing with friends and family, living life to the fullest— even running in the New York City Marathon.

Police say their investigation has uncovered new details piecing together exactly led up to the deadly collision.

Investigators say the driver of the tractor trailer heading westbound on East 85th Street had stopped short for a red light on Madison Avenue, just before 10:50 am Tuesday morning.

When the light turned green, police say the truck began to move. At the same time, police say Carling Mott— who was riding an electric-powered Citi Bike in the same direction as the truck— fell in the roadway and was hit by the tractor trailer.

It’s not clear what caused Mott to fall or whether she was wearing a helmet at the time.

East 85th Street is not one of New York City’s official designated truck routes, where tractor trailers are approved to travel through Manhattan.

Surveillance video from a building across the street obtained by Streetsblog NYC and shared with Upper East Site shows the truck approach the red light and stop, moments later, Mott can be seen riding the Citi Bike westbound on East 85th Street.

In the video, Mott is seen riding around a white car double parked on the north side of the street before cutting back to right side of roadway, going around a stopped taxi then along side the large trailer.

Next, we see the 28 year old as she passes the gap between the tractor and trailer– right after she passes the space and she is along side vehicle’s cab, the truck starts moving. Neither Mott, nor the Citi Bike is seen within frame again.

Photos taken by Upper East Site at the scene show a narrow space between the tractor trailer and the row of parked car far tighter any bike lane. A large bump can also be seen in the roadway where part of the street had been paved over.

The 28 year old was rushed to Weill Cornell Medical Center where she was pronounced dead from her injuries.

According to her social media accounts, Carling Mott was an avid runner and follower of the UES Run Club.

She even recently announced she would be running in the Chicago Marathon this October to benefit the American Cancer Society— living her mantra to ‘be better today than you were yesterday.’

Performance Foodservice, the company that operates the tractor trailer, did not respond to our request for comment. 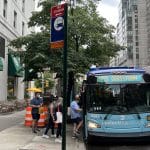