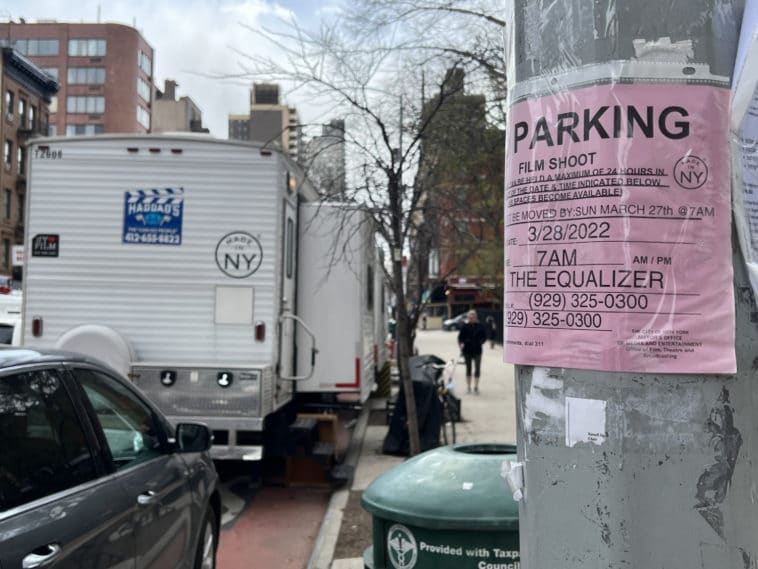 MANHATTAN – The Upper East Side is certainly living up to its new moniker ‘Little Hollywood’ as ‘The Equalizer,’ the crime drama starring Queen Latifah, took over parts of Yorkville on Monday to film scenes for the popular CBS series’ second season.

White rented trailers, for cast members and the director of ‘The Equalizer,’ line the Second Avenue bus lane between East 90th and 91st streets— a block south, more stainless steel trailers with big signs handwritten signs reading ‘make up’ greet all those passing by.

However, a few blocks away is where the real action was going down. On Monday morning, the production filmed scenes by Asphalt Green on York Avenue before moving to a second filming location on East 91st Street between York and First Avenue.

The crew appears to be using The David Garage as a set, with signs reading such and arrows pointing inside the parking facility and numerous cables run inside from a van parked on the street.

In the show, a reboot of the 80s series by the same name, Queen Latifah plays a single mother with a mysterious background who uses her skills as a former CIA operative to be ‘an anonymous guardian angel and defender of the downtrodden.’

‘The Equalizer’ is the latest production to come to the neighborhood to film— just last week three high profile TV series shot scenes here on the UES, including Amazon’s ‘The Marvelous Mrs. Maisel,’ ‘Only Murders in the Building’ on Hulu and the upcoming series Jesse Eisenberg ’Flieshman is in Trouble.’

Unfortunately for ‘Equalizer’ fans, there won’t be sightings of Queen Latifah during Monday’s filming— Upper East Site has learned that the award-winning rapper and actress was not part of scenes being shot on the Upper East Side.

The NYC Office of Media and Entertainment maintains a full list of current TV and Film productions in the five boroughs, but does not release filming locations for safety reasons. If you see is a filming flier on your block, let us know. Click here to contact us. 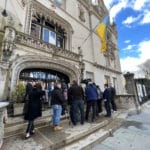 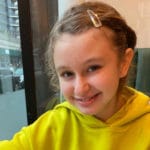