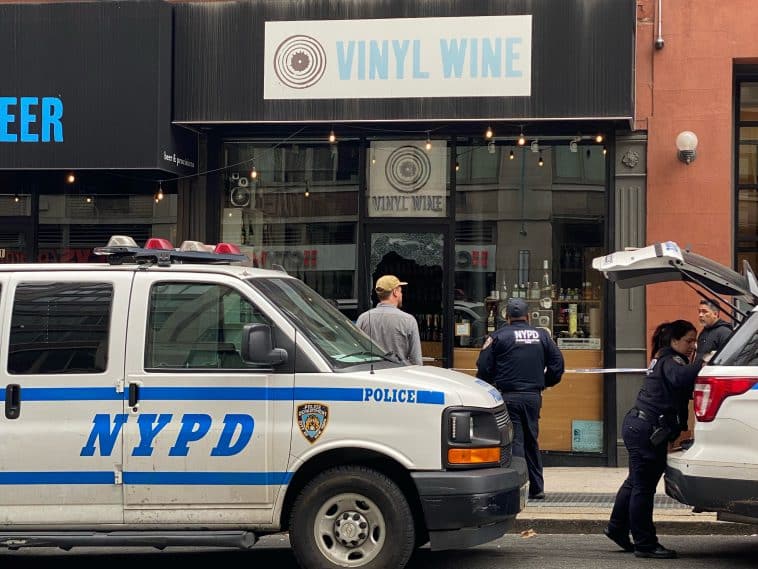 A wine shop popular with Upper East Siders became the target of a bold burglar early Thursday morning, who simply smashed his way through the Vinyl Wine’s glass front door and helped himself to what was thought to be safely locked up inside.

Shattered glass still laid on the sidewalk hours after the natural wine and liquor store, located at 1491 Lexington Avenue, between East 96th and 97th Streets, was burglarized.

A large hole on the lower half of the shattered glass door was likely the method of entry and escape for the determined thief, who police say broke into the store around 2:50 am Thursday and cleaned out a cool $500 from the Vinyl Wine’s cash register.

Investigators say the thieves also swiped two bottles of booze from the beloved East Harlem shop, which has been offering the neighborhood ‘artisanal wines and spirits from family-owned wineries’ for more than a decade.

By mid-afternoon, the shattered glass had been cleaned up, the door replaced. The signs of escalating crime in Manhattan now invisible to passers by.

Burglaries have risen nearly 83% year-to-year in the NYPD’s 23rd Precinct, which begins at East 96th Street and covers East Harlem.

The Upper East Side’s 19th Precinct fared far better, however, reports of burglaries are a growing problem– up 20% between East 59th and 96th Streets so far this year, compared to 2021.

Police say that no arrests have yet been made and that their investigation is ongoing. A description of the burglar was not immediately available.

If you saw anything or have any information that could help police, call the NYPD’s Crime Stoppers Hotline at 1-800-577-8477. 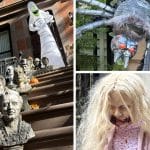 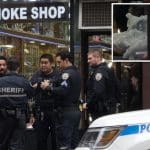