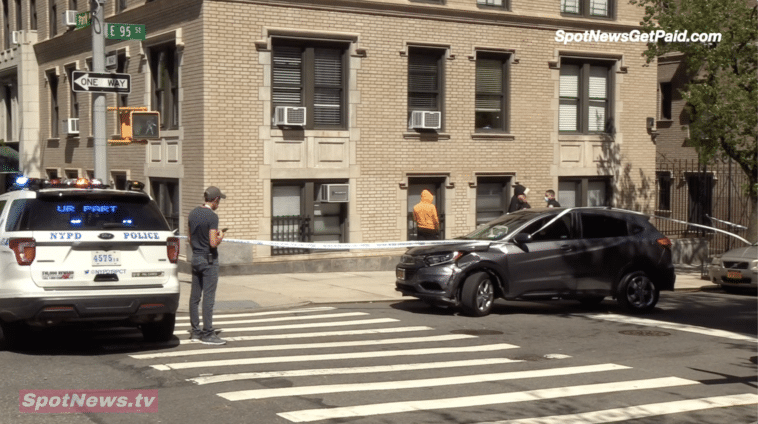 MANHATTAN – A quiet Upper East Side block became a crime scene today, with one man dead and police swarming the area– shutting down a block of East 95th street, between Lexington and Park Avenues to conduct a murder investigation.

Blood stained the street where the man who was shot around 2:30 this afternoon bled out before paramedics got to him. One neighbor tells Upper East Site that she heard a commotion on the street from her apartment way up on the 12th floor of building– but she says she didn’t hear a gunshot.

The New York Post reports the 20-year-old victim was sitting inside the SUV when a man came up to the car and shot him in the stomach then took off from the scene in a white sedan. The deadly gunfire was the result of a drug deal gone bad, sources tell the Daily News.

Two other men were seen being questioned and patted down by police before they were taken to the station house for more questioning– their SUV still sitting in the street, smashed in the front. The Daily News reports the panicked driver panicked after the shooting and slammed into a parked car. 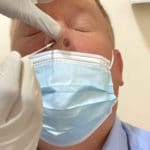 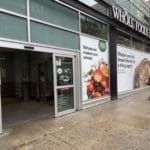