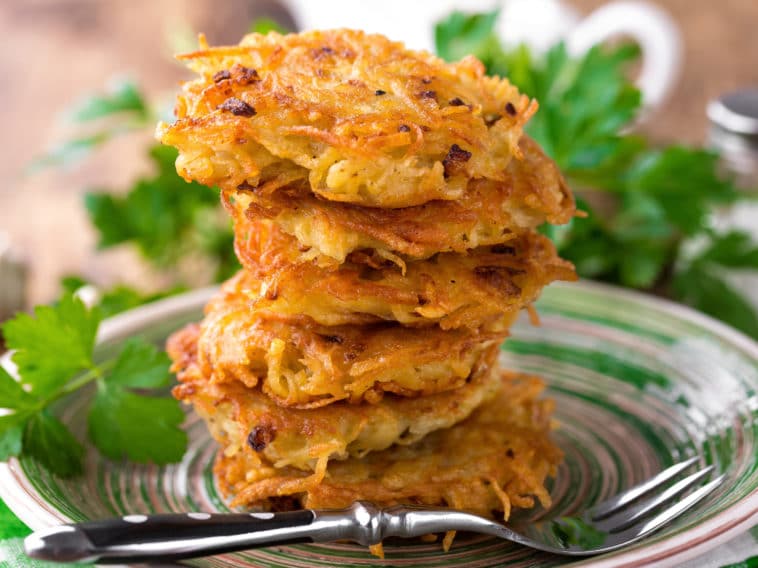 Crispy, chewy and packed with flavor, latkes are a staple of Hanukkah celebrations but delicious enough to crave year round. They’re easy to find, but hard to find a good one— while you’ll find different interpretations of the fried potato pancakes at Jewish delis and on restaurant menus across the City– the Upper East Side is home to some of the best latkes in the Big Apple.

An Upper East Side institution, PJ Bernstein has been slinging pastrami sandwiches, matzo ball soup and latkes since 1965— and it’s easy to see why the classic Jewish deli is so popular, particularly with celebrities. Sharon Stone, Lucile Ball and Liza Minnelli are just a few who’ve had a nosh here.

Be sure to stop by the delicatessen on Third Avenue at East 70th Street in Lenox Hill for their crunchy, starchy potato pancakes served golden brown with apple sauce or sour cream.

Breads may have just opened it’s new Upper East Side location, but the bakery is no stranger to potato pancakes or Hanukkah treats.

Pick up a dozen latkes with sour cream and house-made apple sauce from the bakery on Third Avenue near East 74th Street— and while you’re at it, get some deliciously decadent  Hanukkah donuts too.

A neighborhood fixture since the delicatessen moved from Queens to the Upper East Side in the late nineties, the late Anthony Bourdain described their pastrami sandwich as ‘the Real Deal.’

Pastrami is clearly the star here, but don’t sleep on their latkes. Crispy, thick and hearty, just one of Pastrami Queen’s potato pancakes will be enough to fill your belly.

ALSO READ | The Best Iced Coffee on the Upper East Side

Made with hand-shredded potatoes, the football shaped latkes at the 2nd Ave Deli’s UES location— on First Avenue at East 75th Street— are pan-fried until crunchy on the outside and dense on the inside. Pair them with apple sauce or dairy-free sour cream.

If you’re daring eater, check out the Instant Heart Attack– a sandwich made of corned beef, pastrami, turkey or salami packed between two large latkes, instead of bread. 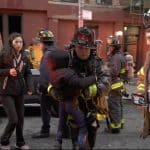 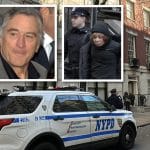