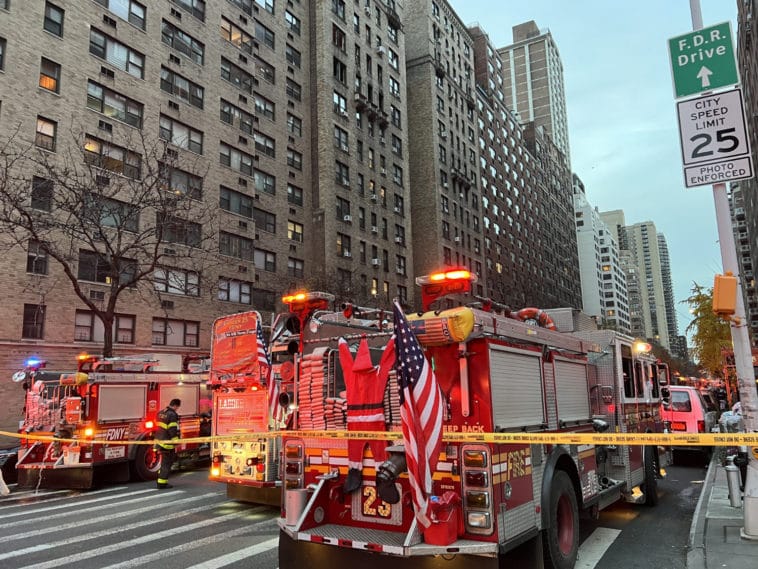 MANHATTAN –  Five people have been injured in a fast-moving two-alarm apartment building fire on the Upper East Side. Firefighters could be seen wheeling injured tenants out of the building on East 72nd Street as smoke poured from windows while crews worked to knock down the flames high above.

Officials say the flames sparked in the sixteen story building, located between Second and First Avenues, around 3:19 this afternoon on the tenth floor of the building and quickly spread to the eleventh floor.

Firefighters could be seen smashing windows on both floors— even pulling out air-conditioners in order to vent the smoke— which can be combustible itself.

Council Member Ben Kallos said a total of six people were injured in the fire. One tenant, an elderly woman, shrieked in pain as she was wheeled out of the building after being rescued by firefighters and was taken to a waiting ambulance.

Another tenant could been seen huddling in a duvet on the sidewalk– apparently the only thing she could grab while running out of the building to safety. A friend later walked up and embraced her— trying to comfort her through this traumatic experience.

Large crowds gathered on the sidewalk watching firefighters hard at work— switching out multiple crews to prevent firefighters from getting exhausted battling the flames.

Firefighters were able to contain the flames to just two apartments, and the fire was brought under control just over an hour after it started around 4:35 pm.

All those injured are expected to survive, FDNY officials say. No word yet on what sparked the flames this afternoon. 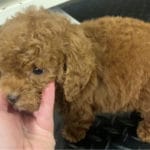