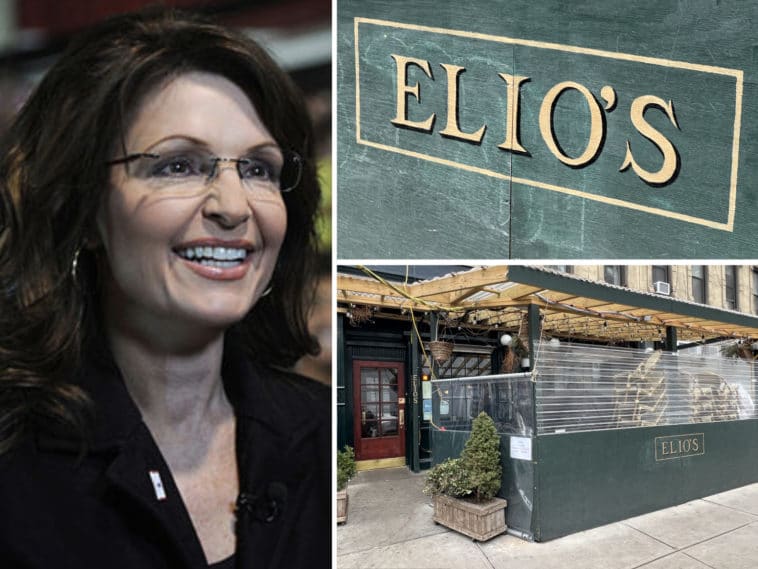 Though he wasn’t working last Saturday night when the unvaccinated former Alaska Governor visited the restaurant on Second Avenue near East 84th Street,Mr. Guaitolini explained to the Times that Elio’s checks for proof of vaccination for all first-time customers— and that Ms. Palin was a guest of a longtime customer, apparently slipping through the cracks.

“She probably just walked in and strolled over” Mr. Guaitolini speculated to the Times.

“We are trying to get to the bottom of this,” he added.

Though, a CNBC Political Finance Reporter has a much different take.

“This seems to be a theme at the famed restaurant,” Brian Schwartz wrote about Elio’s on Twitter.

“I went there the other night… they did not check our vaccine status.”

Elio’s did not respond to Upper East Site’s request for comment, though  the manager did tell the Times the restaurant was in the process of alerting customers they were exposed to Covid and that the staff would get tested.

Meanwhile Palin, who was in New York City ahead of a Monday court date for a civil trial against the New York Times, accusing the newspaper of defamation, did not appear in a courtroom because because of three positive Covid tests.

“It’ll be over my dead body before I have to get a shot,” the unvaccinated self-proclaimed mama bear told the crowd at the right wing conference ‘AmericaFest 2021,’ last month in Phoenix.

“I will not do that. I won’t do it, and they better not touch my kids either,” Palin added— receiving a raucous round of applause from the crowd.

The trial has now been rescheduled for February 3rd, the Times reports.

Former Governor Palin could not be reached for comment. 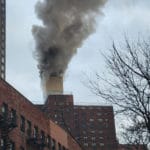 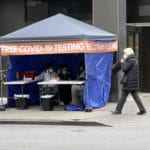