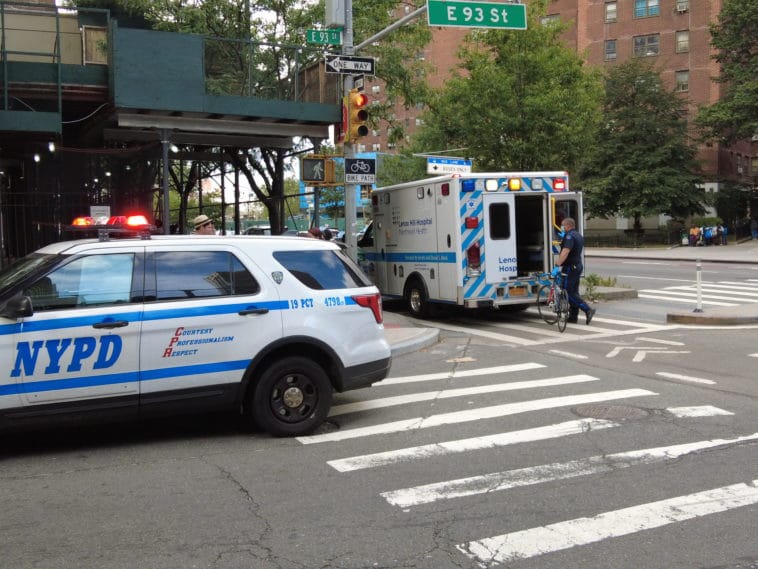 MANHATTAN – Police are searching for the cold-hearted driver who struck a 74-year-old cyclist on the Upper East Side and fled the scene. The hit-and-run driver escaped despite efforts from a Good Samaritan to keep him from speeding away before police arrived.

“He got out, he looked at the guy, said ‘I’m sorry’ and got back in the car and took off,” an eyewitness told Upper East Site.

Police say the car— described by witnesses as a black BMW 328i— was making a left turn from First Avenue on to East 93rd Street around 4:40pm Tuesday afternoon when it struck the elderly cyclist who was in the bike lane riding northbound, had a green light and the right-of-way.

The impact sent the 74-year-old man flying through the air, witnesses say, and he landed hard on the street. Police say elderly bicyclist was bleeding and had road rash on arm, leg and face— he was rushed to Lenox Hill Hospital for medical care.

“Poor guy went flying. I think the adrenaline was keeping him up [standing on his feet],” the witness added.

The cyclist was still wearing his helmet as he climbed into the ambulance— the simple safety measure likely saved the elderly man’s life from the violent collision with the car and the pavement.

A Good Samaritan who witnessed the crash and the driver attempting to flee the scene got in front of the BMW in an attempt to keep him from getting away— but she had to move once she feared for her own safety, worried the driver would use his car as a weapon.

“Then he went and blew the red light down there,” the Good Samaritan told us, referring to the intersection of East 92nd Street and Second Avenue.

“I saw him and he looked dangerous,” another witness who was taking his son to nearby Asphalt Green told Upper East Site.

“He looked very aggressive. He could have been high, he could be been drunk— but yeah, he didn’t look right.”

Witnesses say someone did get the license plate number of the BMW that struck the elderly cyclist and provided it to officers who arrived on the scene. Police are still investigating and no arrests have been made. 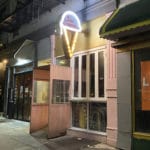 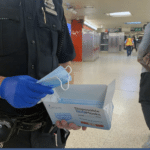